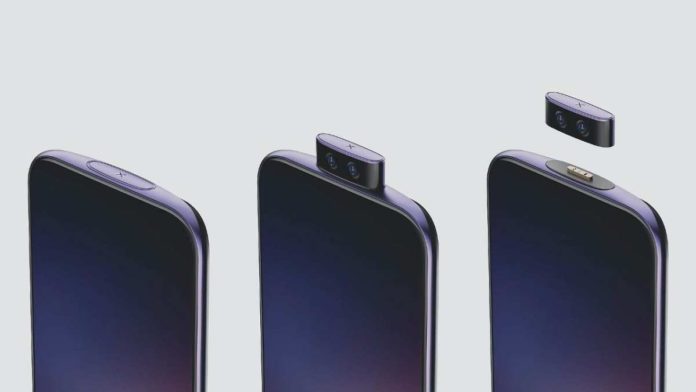 The highlight of the concept smartphone is the front-facing camera that can be detached from the body of the device and be controlled with the main smartphone or voice commands.

Since the camera module on the Vivo IFEA is detachable, it allows the OEM to achieve the minimum bezel, all-screen design. Moreover, the modular camera can also be used as a separate device, separately from the host smartphone.

“IFEA integrates enhanced user-friendly shooting features with the smartphone. With IFEA, users can create and record images and videos anytime and anywhere. The camera module is a separate device that brings to life an innovative multi-angle shooting capability. Users can also control the device through voice commands. This is both interactive and intuitive,” reads the Red Dot website description.

“The over form is comfortable and also increases the grip. IFEA has multiple accessories and support mechanisms with different modes to increase stability and storage. As a result, videos can be captured while walking or during sports, without any compromise to the visual stability. The device can be used seamlessly with the smartphone’s original camera.”

Vivo told Android Authority that while the phone was just a concept, it will “continue to evaluate the potential use of the technology in a commercial phone.” However, it is unclear when Vivo will go ahead with this modular camera design and take it into production.