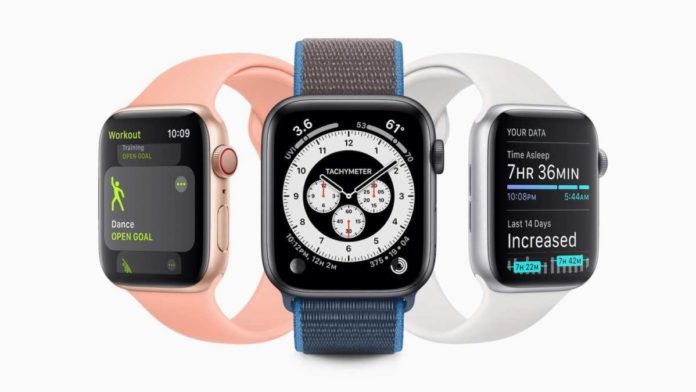 Apple on Monday released watchOS 7.0.2 for all users that include a fix for an issue that caused Apple Watches running watchOS 7 to drain more quickly than expected, as well as bugs related to the ECG app.

This is the second bug-fixing update (18R402) for watchOS after Apple released watchOS 7 in September this year. The Cupertino giant had released the first bug-fix update on September 24 just a week after it released the original version.

This watchOS 7.0.1 update contained improvements and bug fixes, including fixing an issue where some payment cards in Wallet were disabled for some users.

According to Apple’s release notes, watchOS 7.0.2 contains improvements and bug fixes, including:

To install the update, ensure your Apple Watch is connected to its magnetic charger and has at least 50% battery power.

Apple is expected to release more fixes and features in watchOS 7.1, which is currently in beta.