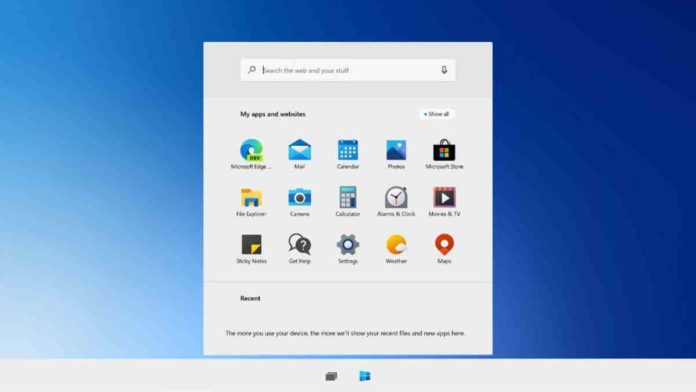 In what seems to be a near-final working build of Microsoft’s Windows 10X OS for single-screen PCs has been leaked on the Web.

In a video released by Zac Bowden at Windows Central on the pre-release build of Windows 10X, the OS looks mistakably similar to Google’s Chrome OS. It’s an ultra-light version of Windows 10 specially designed for less powerful and low-cost Chromebook-style notebooks and tablets.

As one can see in the video, the OS has a redesigned UI and revamped interface. Further, it has an updated taskbar with the Start, Edge, and Task View buttons at the center. The Start menu now acts as a launcher with an internal Microsoft’s Bing search engine to quickly find apps, files, or websites. However, it no longer has Live Tiles and app folders.

The OS has been hugely simplified File Manager and features a new notification center with redesigned shortcuts. The video also demonstrates some of the software’s settings, the process of installing Progressive Web Apps (PWAs) from the built-in Chromium Edge browser and pinning them to the taskbar, and running apps side-by-side.

There is a simple Action Center that displays the time and pops out to reveal quick settings and notifications, along with a widget for media playback control. The video also highlights the new file explorer, which doesn’t allow access to the data locally and stresses on using OneDrive. Since Windows 10X doesn’t support traditional Windows apps (Win32 applications), it will be limited to universal (UWP) and web apps.

Windows 10X is not meant as an upgrade or replacement to the current Windows 10 on desktop. This means that you cannot “upgrade” to it or download its ISO files to run on your devices. The software will come as a pre-installed OS on new devices.

Although there is no official confirmation when Microsoft will introduce Windows 10X, we expect the first Windows 10X devices to be launched later this year. Stay tuned for more updates!