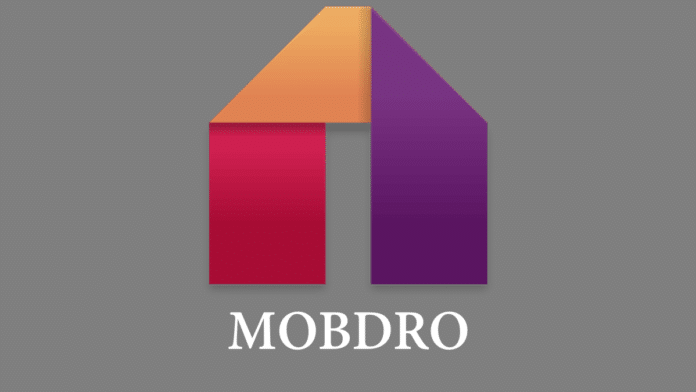 The app’s current and historic domains presently are all non-functional. The latest version of the app, with build number 2.2.8 no longer works because access to the streams has been removed.

Over the years, Mobdro has become one of the most popular easy-to-use solutions for anyone looking to access live TV, sports channels and 24/7 content. It even sprung to additional domains too, from Mobdro.com and Mobdro.sc, to Mobdro.bz more recently.

“Mobdro app allows users to stream videos for free on Android device. Mobdro continuously searches YouTube for the best videos and then provides the users with all the links in just one place,” reads the description of Mobdro app on their official website.

“Mobdro can be used to easily discover streams worldwide on different topics in various languages. Different categories which are available on Mobdro include channels, shows and news.”

In other words, while the Mobdro technology itself isn’t illegal, it becomes illegal only when a user watches copyrighted content via the Mobdro app that would lead to blocking and removal of the domain.

While there is no official announcement from Mobdro, there are some floating theories over the disappearance of the streaming tool. Apparently, the app is no longer working due to legal proceedings for infringement of protected content.

According to a new account created on Reddit late Friday, it claims to have true facts on the Mobdro situation. It reads as follows:

Mobdro no longer works because access to the streams has been eliminated due to legal proceedings for infringement of protected content.

Indian cricket association denounced Mobdro for broadcasting the Premier League of that country without authorization. Due to this, the application domains have been closed, including those that update the app to provide you with the links to the different broadcasts of the channels.

With the application and the official Mobdro website out of circulation, it is best to refrain from searching for the software and downloading it: the possibility that it is infected is very high.

The streaming service is no longer active.

The user (who has never posted anything else on Reddit) also added a link to a URL on the Lumen Database to support the above allegations. The URL provides access to a redacted version of a DMCA notice sent by anti-piracy outfit Copyright Integrity International on behalf of The Board of Control for Cricket in India (BCCI) to Google LLC on December 18, 2020.

The DCMA notice lists 77 URLs that allegedly offer Mobdro for download, which BCCI demanded that Google LLC should remove from its search indexes (unredacted notice here).

BCCI accused Mobdro of broadcasting the audio-visual footage and production content relating to cricket matches of the Dream11 Indian Premier League 2020 without its authorization.

According to Archive.org, the official domain of Mobdro, from which the Android APK was downloaded, was last active on January 6, 2021. Since then, it was blocked and redirected to another domain, which too has ended.

Users of Mobdro took to Twitter to share their disappointment over the disappearance of the streaming tool.

First CCP virus ruins our livelihood, then we lose #mobdro ?

First the democrats steal the presidency, now this!!! #mobdro

Currently, it is unknown if this is the end of the Mobdro app. Keep watching this space for more updates!