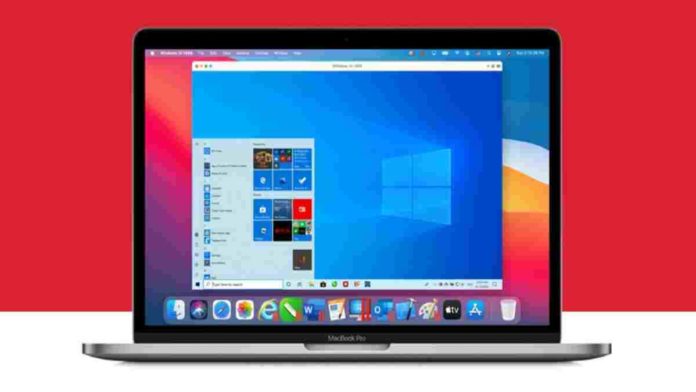 Parallels, a global leader in cross-platform solutions, on Wednesday released Parallels Desktop 16.5 for Mac, which features full native support for Mac computers equipped with either Apple M1 or Intel chips.

In other words, the virtualization software will allow users to run Windows 10 ARM Insider Preview and its apps on Macs with an Apple M1 processor.

The M1 chip’s superior performance delivers the world’s fastest integrated graphics in a personal computer, revolutionary power efficiency, and was designed to work with macOS Big Sur3—which Parallels Desktop 16.5 transforms into a new standard for a seamless Windows-on-Mac experience.

It also delivers M1 support for the most popular ARM-based Linux distributions.

Up to 250 percent less energy used: On a Mac with an Apple M1 chip, Parallels Desktop 16.5 uses 2.5 times less energy than on a 2020 Intel-based MacBook Air computer.

“Apple’s M1 chip is a significant breakthrough for Mac users. The transition has been smooth for most Mac applications, thanks to Rosetta technology. However, virtual machines are an exception and thus Parallels engineers implemented native virtualization support for the Mac with M1 chip. This enables our users to enjoy the best Windows-on-Mac experience available,” said Nick Dobrovolskiy, Parallels Senior Vice President of Engineering and Support in a press release.

More than 100,000 M1 Mac users who tested the Technical Preview of Parallels Desktop 16.5 for M1 Mac and ran Microsoft’s Windows 10 on ARM Insider Preview have provided enthusiastic feedback about both, added Dobrovolskiy.

All editions of Parallels Desktop 16.5 update for Mac support both M1 and Intel Mac computers (Standard Edition, Pro Edition and Business Edition). They can be purchased either online at parallels.com/desktop (which also offers free full-featured 14-day trials) or from retail and online stores around the world.

Parallels Desktop subscriptions also include complimentary concurrent subscriptions to Parallels Access, and just-redesigned and simplified Parallels Toolbox for Mac and Windows, which are separately available for free trials and subscriptions at parallels.com.

Currently, Microsoft does not offer an ARM-based retail version of Windows yet. However, the software maker does provide a Windows 10 on ARM preview build, which is available on the Microsoft website for members of the Windows Insider program.