Facebook on Thursday introduced a new feature called “Soundmojis”, which allows users to send short sound clips in a Messenger chat. The aim is to make its chat service more engaging.

“Every day, people send more than 2.4 billion messages with emojis on Messenger. Emojis add color and vibrancy to Messenger chats all over the world, and we rely on them to say what words can’t,” wrote Loredana Crisan, Vice President of Messaging Group, Messenger in a blog post about the new feature.

“Now imagine if your emojis could talk — what sound would they make? Introducing Messenger’s latest feature: Soundmojis. Your chats just got a whole lot louder!”

To check out Soundmojis, you need to start a chat in Facebook Messenger and then tap the smiley face and select the loudspeaker icon. From there, you can preview and send your favorite Soundmojis again and again.

The social media giant is also launching an entire Soundmoji library for users to choose from. This library will be updated regularly with new sound effects and famous sound bites, where each sound will be represented by a visual emoji. 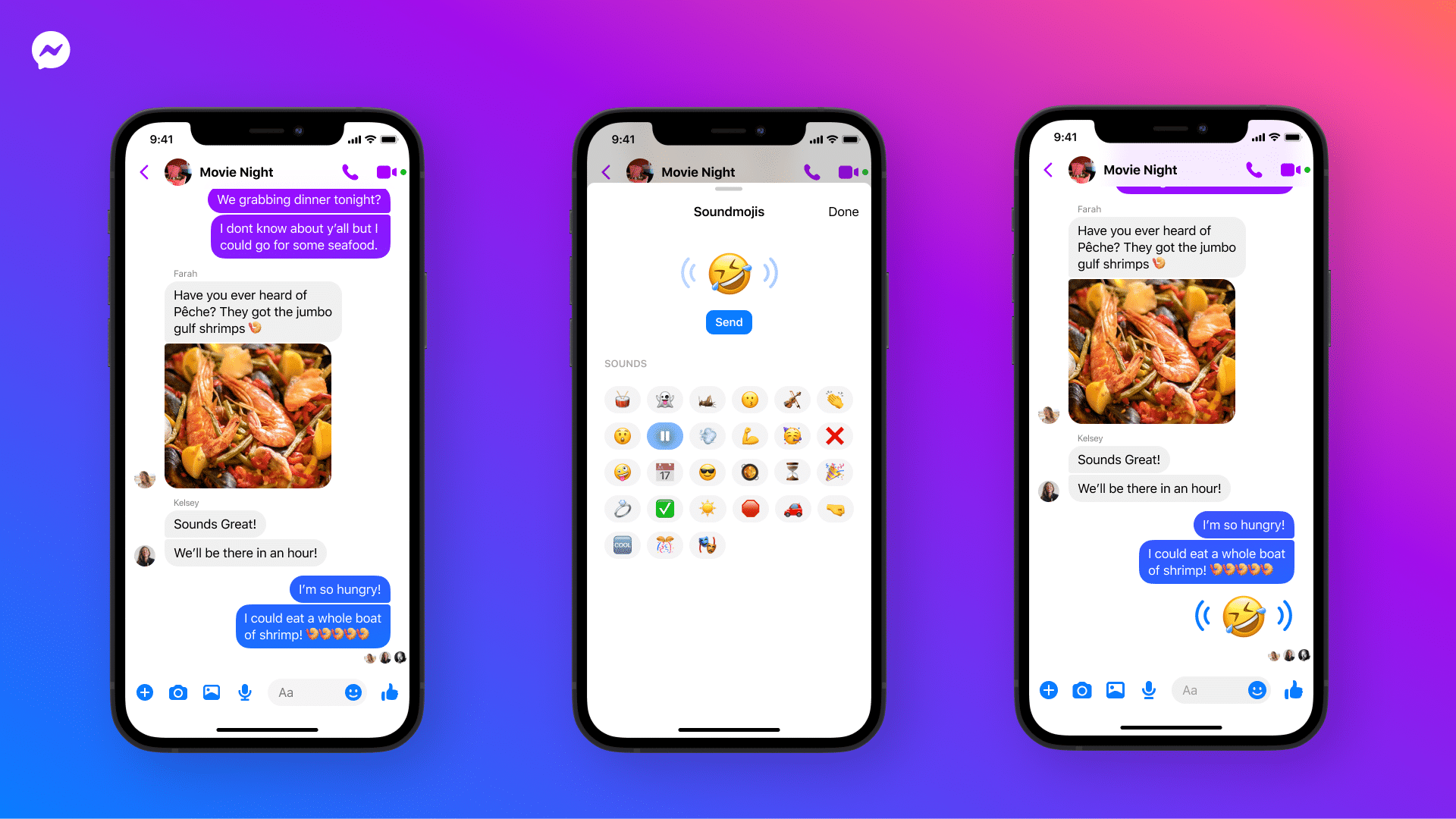 “We love creating fun and innovative features that keep people connected and give them freedom to express themselves. And just in time for World Emoji Day on July 17, we’re excited for you to check them out. Keep on emoji’ing!,” Crisan concluded.