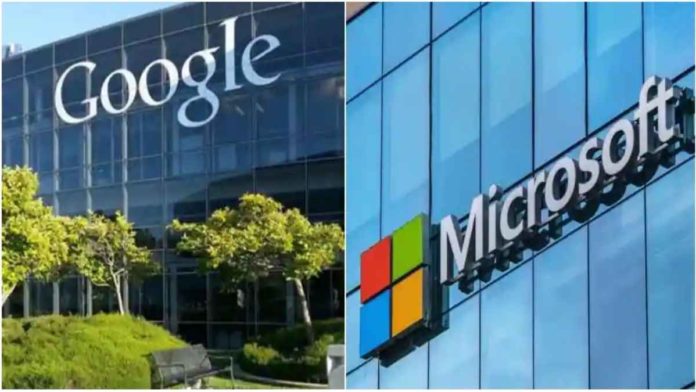 Microsoft and Google have reportedly ended their six-year cease-fire on ongoing legal battles and start suing each other again, according to new reports.

For those unaware, back in 2015, Microsoft and Google had reportedly signed a non-aggression pact under which both the companies had agreed to settle outstanding patent lawsuits as well as financial agreements internally without complaining to the regulators or taking legal action against each other.

However, the deal ended in April 2021 which neither of the company extended or renewed, suggesting increasing tensions between the two companies, reports The Finacial Times citing sources.

Apparently, the non-aggression pact was meant to make the two companies work closely together and lead to better cooperation between them. Instead, both Google and Microsoft used it for so-called “dirty tricks” to hurt each other directly commercially in markets such as cloud computing and online productivity applications.

Some people at Microsoft also believed that the pact between the companies was more beneficial to Google, suggests the FT report. The Redmond giant had hoped that working with Google would result in running Android apps on Windows, which it will now run on Windows 11.

Microsoft allegedly ran a series of attack ads called “Scroogled” that accused Google of employing practices to increase its profits by “screwing” its users.

In a recent interview, Brad Smith, Microsoft’s President, took a dig at Google for threatening to withdraw its search service in Australia rather than agreeing to the new content legislation, which sought to make it pay news publishers to display their stories in its search results.

“If you want to advertise, if you want to sell advertising or buy advertising on the internet, you have to use Google’s tools, and when they make their tools in a manner that fails to interoperate easily with others, it impacts everybody,” Smith told Bloomberg.

“We raised the concerns with them and they just turned a deaf ear.”

The decision to end the agreement is being looked at as more beneficial for Microsoft, particularly when Big Tech companies such as Google and Apple are facing new anti-trust inquiries in the U.S.

Interestingly, Microsoft has not featured in the Big Tech groups’ antitrust investigations list, which could likely be due to its recent success that hasn’t drawn the attention of the regulators.

“We have a name for this in antitrust — we call this raising rivals’ costs,” Randal C. Picker, an expert in tech antitrust and copyright at the law professor at the University of Chicago, told Bloomberg.

“All of this is going to cost the Facebooks and the Googles of the world a lot more than it’s going to cost Microsoft. So that makes it look like a competitive move.”

On the other hand, Gus Rossi, a principal of responsible technology at Omidyar Network, felt that Google could use the ending of the alliance to its advantage.

“Microsoft is a huge company as well and it’s dominant in many areas. For example, Office is a dominant package in the market,” Rossi told Bloomberg. “What Google can do is to remind everyone that Microsoft is also a bad actor, because if everyone is a bad actor, then you’re not such a bad actor.”