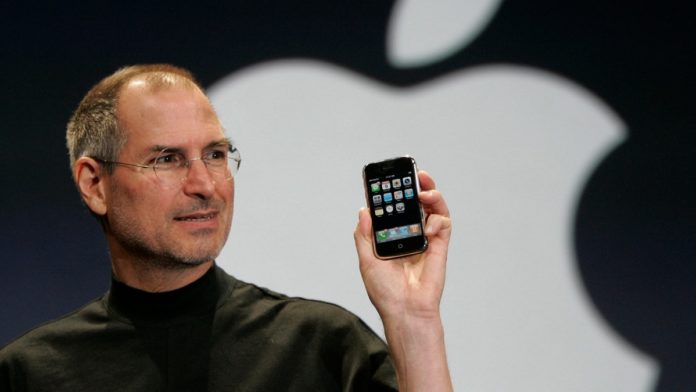 It is a known fact that the two biggest competitors, Samsung and Apple, leave no stone unturned to take a dig at each other whenever possible.

In the latest dig, the South Korean giant Samsung has reportedly made an extremely disrespectful gesture towards Apple co-founder, the late Steve Jobs, by apparently calling him the “turtleneck wearer”.

In its description of its official iTest web app, Samsung wrote: “Samsung users are all unique and they like their phones to be unique too. No turtleneck wearer should dictate how your phone looks. Check out a few of the other themes. The ones here are just to give you a taste, but once you have a real Samsung you’ll have access to a world of amazing options.”

For those unaware, Samsung iTest is an Android emulator for iPhone, which allows non-Android users to test the Android operating system as it appears on Samsung smartphones.

Samsung explains it as, “You’re about to get a little taste of Samsung, without changing phones. We can’t replicate every function, but you should quickly see that there is nothing daunting about switching to the other side.”

Although there is no direct mention of the turtleneck wearer in the description, it is thought to be alluding to Apple’s late founder, Steve Jobs who often used to wear turtleneck and jeans in public events and interviews.

This unpleasant move of Samsung was revealed on Twitter by user Yahia Sayed, which caught the attention of many netizens drawing strong reactions from them.

They are referring to Steve Jobs who changed entirely how smartphones looked like. "tHiS iS nOt OfFiciAlLy bY sAmSunG" nope. This is the itest thing on iPhone which IS Officially by Samsung themselves. And if i see someone defending this in anyway possible you will not be happy.

Whatever Samsung does, they can never compete with the BRAND that turtleneck wearer established in next 50-70 years to come.

This is what Samsung used as a marketing technique after launching its first android which was ‘Heavily inspired’ by the device designed by the ‘Turtleneck Wearer’ https://t.co/TsVwCW542z

LMAO so you'll return a product that you seem to like just because of a shitty marketing phrase inside the iTest app that no one is gonna use anyway ? ?

Steve Jobs died on October 5, 2011, after battling with a rare pancreatic cancer for many years. With the legendary CEO no more, the below-the-belt message from Samsung certainly has left a bitter taste in everyone’s mouth.

Do let us know what do you think about Samsung’s marketing move in the comments mentioned below.