The Mi Mix 4 is the first smartphone ever to feature the latest Qualcomm Snapdragon 888+ mobile platform for ultimate performance. It features an increased CPU clock speed of 3GHz and comes with up to 12GB LPDDR5 RAM as well as 512GB of UFS 3.1 storage. 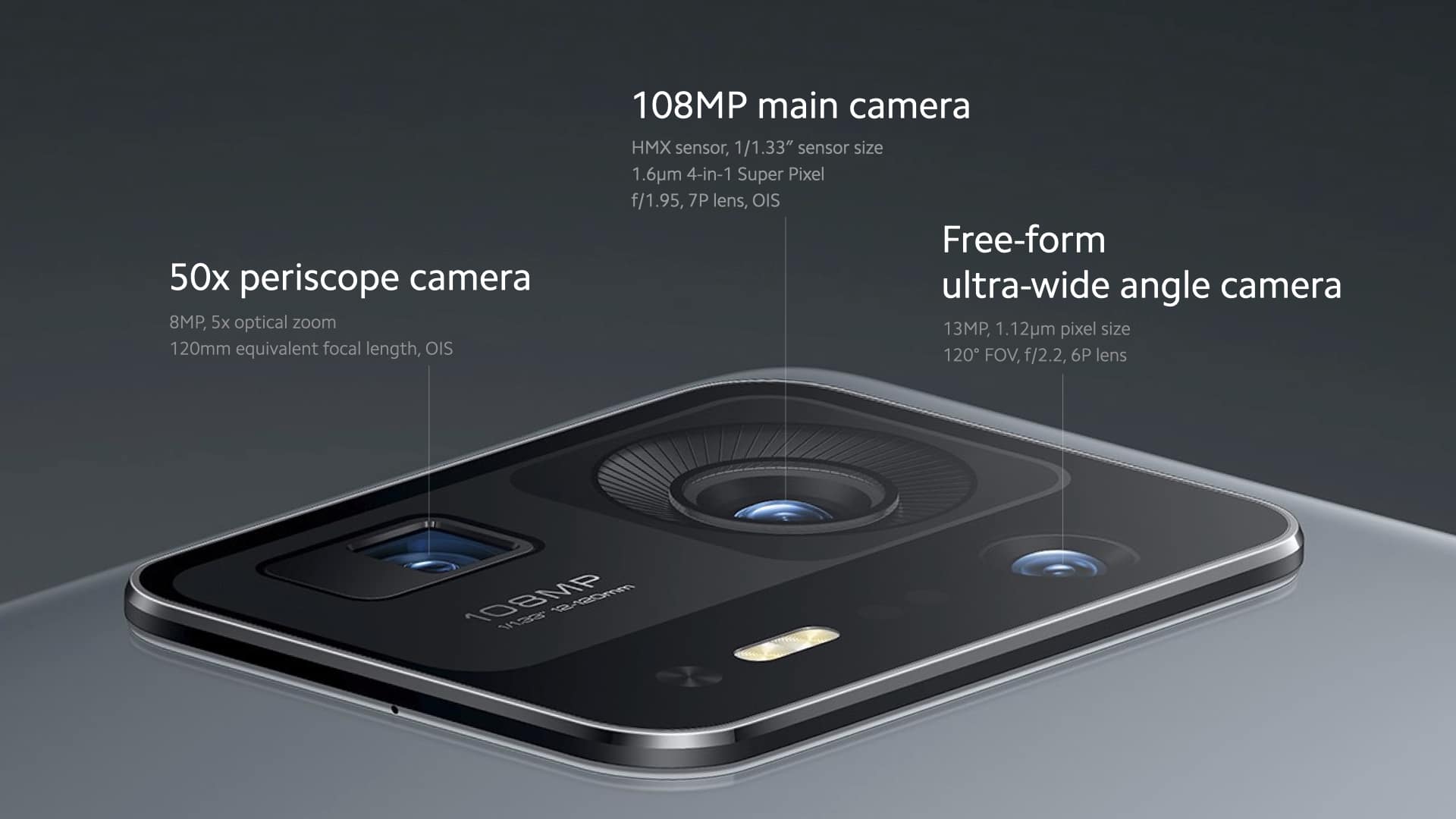 On the camera front, the device features a triple rear camera setup that houses a primary 108MP HMX sensor, along with an f/1.95 lens that supports optical image stabilization (OIS). The camera setup also has a 13MP wide-angle lens with a periscope-shaped telephoto lens to support 50x zoom, as well as an 8MP ultra-wide shooter.

For selfies and video chats, the Mi Mix 4 uses a 20MP camera sensor that is hidden behind a 400ppi under-display front camera. Xiaomi is calling this CUP or Camera Under Panel, which offers seamless viewing in the camera zone, matching the pixel density, brightness, and color detail of the surrounding screen.

Further, Mi Mi 4 runs on Android 11 with MIUI 12.5 on top. It also features a massive 4,500mAh battery that ensures all-day power with support for up to 120W wired fast charging and 50W wireless fast charging.

Additionally, the Boost Mode allows the battery to charge up to 100% in under 15 minutes and 28 minutes with wired charging and wireless charging respectively.

The device is up for pre-orders in China and is expected to start shipping from August 16th in Mainland China via official Xiaomi channels.