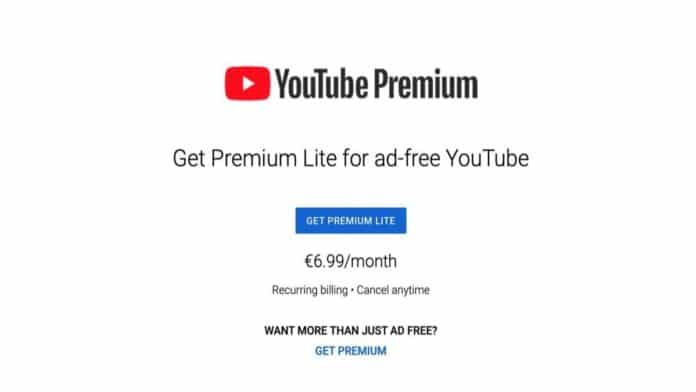 As first reported by The Verge, this new tier called ‘YouTube Premium Lite’ will remove advertisements for viewers but will not include any of YouTube Premium’s other features such as ad-free YouTube Music listening, offline downloads, and background playback.

“In Nordics and Benelux (except for Iceland), we’re testing a new offering to give users even more choice: Premium Lite costs €6.99/month (or local equivalent per month) and it includes ad-free videos on YouTube,” a YouTube spokesperson told The Verge confirming the development.

Currently, the new Premium Lite plan is being tested in Belgium, Denmark, Finland, Luxembourg, Norway, Sweden, and the Netherlands.

According to YouTube, the current Premium Lite subscription plan is in an experimental phase, and that it’s considering rolling out more plans based on audience feedback.

If all goes well, the new Premium Lite plan would definitely be a boon for those looking for ad-free viewing without extra premium features at a lower cost.

It would be interesting to see when would Google bring the plan out of the experimental phase so that it can be rolled out widely to cover more markets.