If you have stumbled upon any gaming Livestream or Twitch chats, chances are that you have come across the KEKW emote or KEKW in text chat.

In fact, Twitch chat and KEKW are almost inseparable. This may lead you to question, “what does ‘KEKW’ mean?”

If so, this article will answer your query along with the origin of KEKW. So, read on to find out.

What does KEKW mean in Twitch chat? 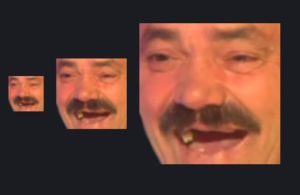 KEKW is popular emote in Twitch chat, which is often spammed when something hilarious takes place during a stream.

However, its meaning is quite simple: KEKW suggests laughter.

You can view ‘KEK’ as a Korean equivalent of the European or American ‘LOL’. Additionally, in the World of Warcraft, if users write ‘LOL’ to players of their opposing faction, it is transcribed to KEK.

Therefore, if you are playing for Alliance and you write ‘LOL’ to a player in Horde, he/she will see ‘KEK’ in the chat and vice versa.

In addition to ‘KEK’ is the letter ‘W’, which is a suffix that Twitch emotes use to denote an exaggerated facial expression.

Therefore, like any language, the language of emotes and memes created a way of expression by combining two existing elements.

Where did KEKW originate? 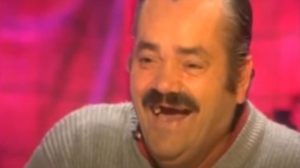 KEKW traces its origin to a YouTube video that went viral a couple of years ago.

It featured Juan Joya Borja, a Spanish actor, and comedian, who is better known by his alias of El Risitas. In case you do not get the reference, you can watch the video below:

El Risitas’s laughter is so contagious that the video is guaranteed to make you chuckle, even though you will hardly comprehend a word of what he speaks.

As a result, a plethora of internet comedians and meme creators used this video as a template for gags and laughs. Subsequently, the video became a sensation among the masses and ultimately joined the ranks of the digital catalogue of memes.

How did KEKW become so popular on Twitch?

As per the general consensus, this emote gained massive popularity around August 2019 on a number of Twitch channels, such as AdmiralBulldog and xQc.

Before KEKW’s usage grew rapidly, LUL stood tall as one of the most renowned emotes on the platform.

Eventually, streamers started adopting the ‘KEKW’ emote with several variants as a part of their subscriber emotes, thereby replacing the good old ways of expressing hysterical laughter, like ‘ROFL’.

Other versions of this emote began showing up in recent years, which includes KEKWhat and KEKWOW.

So, here’s everything about KEKW in a nutshell:

Now that you know what KEKW means, go ahead and use it the next time you witness something hilarious during a live stream.

Moreover, KEKW is guaranteed to evolve with time just like any other emote on the world wide web.