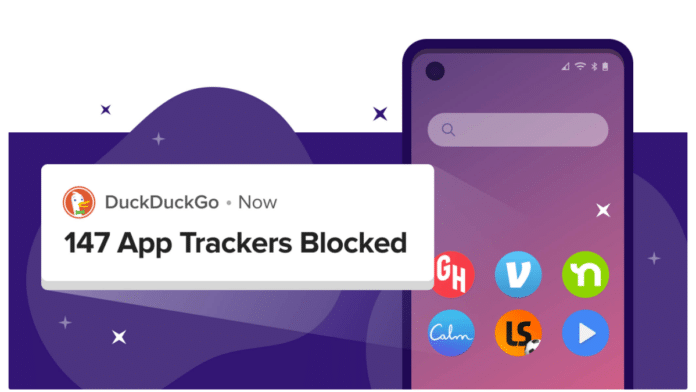 DuckDuckGo, the crusader of user privacy in the search engine space, on Thursday announced that it has launched a new feature in its existing app called App Tracking Protection for Android.”

This new feature will block third-party trackers like Google and Facebook lurking in other apps. This feature is free to use and currently in beta phase.

“You’ve probably heard about companies tracking you behind the scenes on smartphone apps they don’t own (like Google hiding in the Nike app). These hidden app trackers are super creepy because they can track everything you do in an app and also can continue to track you even when you’re not using the app. Many of these trackers are designed to record your activity in real time: where you are, what you’re doing, where you’ve been, and even how many hours you sleep at night,” the company wrote in a blog post.

“Across all your apps, your personal data is being sent to dozens of third-party companies, thousands of times per week. This data enables tracking networks like Facebook and Google to create even more detailed digital profiles on you. With those profiles, tracking networks can manipulate what you see online, target you with ads based on your behavior, and even sell your data to other companies like data brokers, advertisers, and governments.”

According to DuckDuckGo, over 96% of the popular free Android apps tested (based on AndroidRank.org rankings) by them contained hidden third-party trackers.

The App Tracking Protection for Android will run in the background and block trackers it identifies in other apps from third-party companies (those different from the company that owns each app).

Once enabled, the DuckDuckGo app will detect when Android apps are about to send data to third-party tracking companies found in our app tracker dataset, and block those requests.

However, App Tracking Protection is different from VPNs because it never routes app data through an external server, says the company.

If you want to get access to the beta of App Tracking Protection, you can join the private waitlist. You can follow the steps below to get the feature: