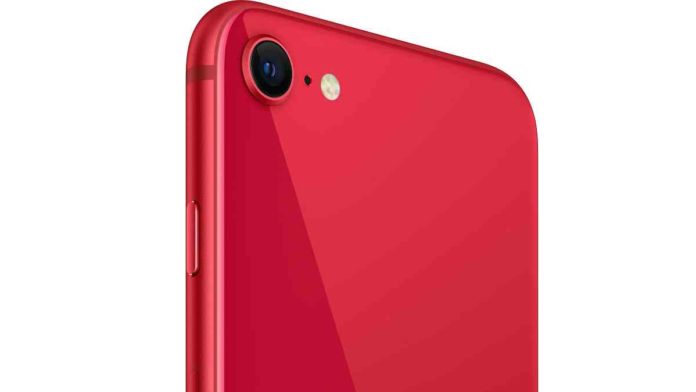 Apple is reportedly expected to unveil its third-generation iPhone SE (previously referred to as the iPhone SE 3) in March or April this year, according to Ross Young, CEO of Display Supply Chain Consultants (DSCC).

According to Ross, this year’s iPhone SE (2022) model is tipped to be officially called the “iPhone SE+ 5G”. It is expected to feature a 4.7-inch LCD display with bottom and top bezels, Touch-ID sensor/home button in the same aluminum body.

Further, the design of the new iPhone SE (2022) is most likely to be based on the current iPhone SE. The smartphone is also expected to have an upgraded A15 Bionic processor that will bring next-generation cellular connectivity to the more affordable iPhone. It will include 5G connectivity instead of 4G as seen in the iPhone SE (2020).

The upcoming iPhone is rumored to have 3GB of RAM and come with up to 128GB of storage space. On the camera front, one can also expect to feature a single 12MP primary camera sensor in the front and at the back. It will also have improved battery life.

Meanwhile, Ross also has said that Apple is working on its fourth-generation redesigned iPhone SE model, which will come with a 5.7-inch to 6.1-inch LCD display and is likely to launch in 2023 as against 2024 as previously rumored.

There is no official word on the upcoming iPhone SE models from Apple yet. Keep watching this space for more updates!