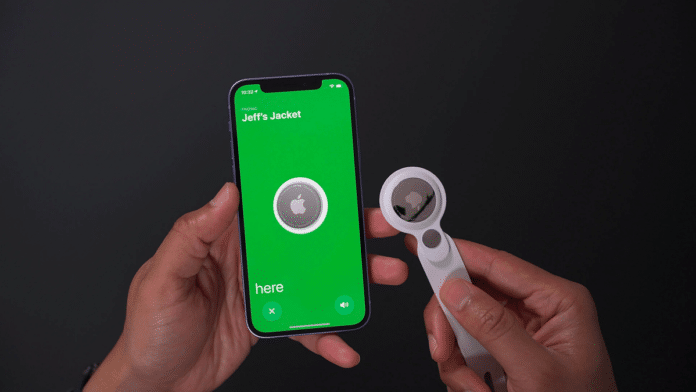 Apple on Thursday announced its plans to roll out a software update for its AirTag tracking devices following reports of bad actors attempting to misuse AirTag for malicious or criminal purposes.

For those unaware, AirTag is a small tracking device designed by Apple to help people locate their personal belongings (e.g. keys, bags, apparel, small electronic devices, vehicles) and not to track people or another person’s property.

“We condemn in the strongest possible terms any malicious use of our products. Unwanted tracking has long been a societal problem, and we took this concern seriously in the design of AirTag,” Apple said in a news release.

“We’ve become aware that individuals can receive unwanted tracking alerts for benign reasons, such as when borrowing someone’s keys with an AirTag attached, or when traveling in a car with a family member’s AirPods left inside.

“Apple has been working closely with various safety groups and law enforcement agencies. Through our own evaluations and these discussions, we have identified even more ways we can update AirTag safety warnings and help guard against further unwanted tracking.”

According to the company, the upcoming software update will issue new privacy warnings to users during AirTag setup. Every user setting up their AirTag for the first time will see a message that clearly states that it is meant to track their own belongings.

The warning says that using AirTag to track people without consent is a crime in many regions around the world, that AirTag is designed to be detected by victims, and that law enforcement can request identifying information about the owner of the AirTag.

Another update is the “Unknown Accessory Detected” alert. This alert, according to Apple, will not display if an AirTag is detected near the user. It is likely caused by AirPods (3rd generation), AirPods Pro, AirPods Max, or a third-party Find My network accessory. The alert will now be updated to indicate that AirPods have been traveling with them instead of an “Unknown Accessory.”

Lastly, Apple has also updated its unwanted tracking support article on apple.com to communicate the safety features built into AirTag, AirPods, and Find My network accessories.

Besides the above, Apple is also investigating a series of updates that it plans to introduce later this year, which includes Precision Finding, Display alert with sound, Refining unwanted tracking alert logic, and Tuning AirTag’s sound.

“We design our products to provide a great experience, but also with safety and privacy in mind. Across Apple’s hardware, software, and services teams, we’re committed to listening to feedback and innovating to make improvements that continue to guard against unwanted tracking,” Apple concluded.