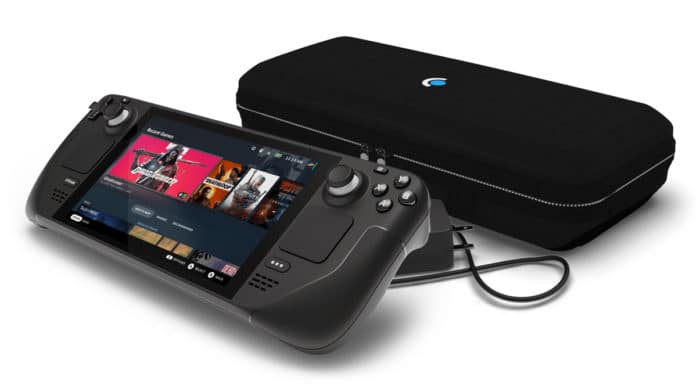 Valve on Friday announced that it has updated the APU driver for Windows on the handheld PC gaming device, Steam Deck as well as released a couple of other driver updates.

Hi all, just a heads up for folks running Windows on their Steam Decks – we've recently updated the APU driver and one of the audio drivers to address a few issues.
You can find those updated drivers here: https://t.co/zjU2Ubr8l0 pic.twitter.com/LywG0wmsOe

According to Lawrence Yang, a UX designer at Valve, the new APU driver fixes performance issues with Halo Infinite and many other titles that have regressed recently.

Hello to all Steam Deck + Windows (WinDeck?) enthusiasts! We've just updated the APU driver for Windows on Steam Deck to address issues with Halo Infinite and other titles that regressed recently.
New driver can be found here: https://t.co/aRWUulw1kp pic.twitter.com/BLXwBmLnjO

Below are the Windows Drivers updates released:

Currently, dual-boot with SteamOS is not available. While Steam Deck is fully capable of dual-boot, the SteamOS installer that provides a dual-boot wizard isn’t ready yet. This will ship alongside SteamOS 3 once it is complete.

Since Steam is not providing ‘Windows on Deck’ support as of now, Windows users are advised to be careful while installing Windows on Steam Deck as it is still causing a lot of problems to the users.

Troubled Windows users took to Twitter to complain about issues such as display driver corruption on Windows, and black screen problem caused by previous APU driver.