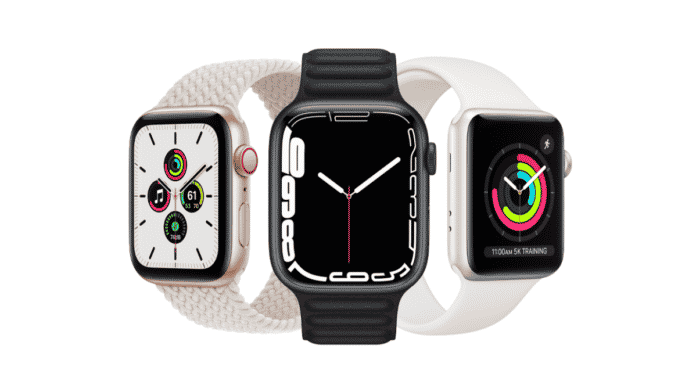 We recently reported that Cupertino-based tech giant Apple is reportedly working on a new “rugged” edition of the Apple Watch aimed at “extreme sports” athletes, which will be unveiled later this year.

Now, we have more news coming on the “rugged” Apple Watch. Apparently, the upcoming Apple Watch is expected to have the tech giant’s largest smartwatch display to date, along with a bigger battery, and a rugged metal casing for protection, according to Bloomberg’s report by notable Apple tracker Mark Gurman, which cited people with knowledge of the company’s plans.

The extreme sports model will approximately have about 7% more screen area than the largest current 45mm Apple Watch Series 7. Further, the display will have a resolution of 410 x 502 pixels and preserve the same overall sharpness as the existing models.

According to Gurman, Apple may use the larger screen area to show additional fitness metrics or information on the watch face at one time.

Coming to the materials utilized, Gurman says that the extreme edition of the Apple Watch will use a strong metal material instead of the aluminium chassis on the current models. Also, it will feature a shatter-resistant display screen as well as a larger battery to let athletes track workouts for longer periods of time.

Besides this, the rugged watch will also come with an updated low-power mode and new health features, including a body temperature sensor that will be able to determine if the wearer has a fever. It is expected to have improved tracking metrics, such as the ability to detect elevation when hiking and data while swimming.

Rumors suggest that all of the new Apple Watches will use an S8 processor, which is tipped to offer similar performance to the S7 chip in Apple Watch Series 7.