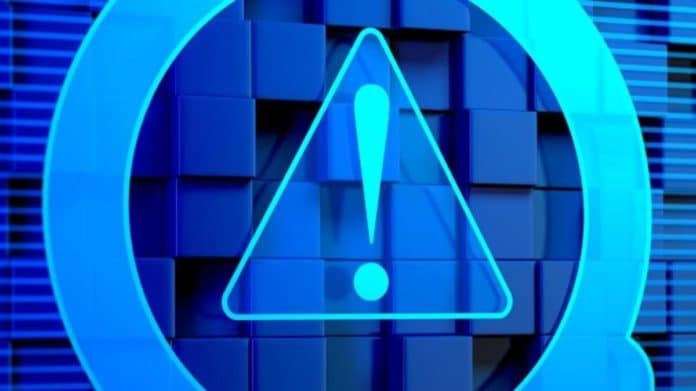 Within a Kubernetes environment, there are a huge quantity of possible errors that your system could return, with any number of them simultaneously appearing within your system. While many of these are severe and will require immediate attention, others fall into a more casual category. One of these more casual errors is ImagePullBackOff, which is caused by a failure to pull a specific image resource on a node.

Typically, on each node within a Kubernetes cluster, there is a kubelect that will run all of the individual containers within that node. This kubelect becomes the point of communication between the containers, the node, and the central API of Kubernetes, creating a stream through which messaging can run smoothly.

When attempting to pull an image, if the image isn’t already located on the node itself, then the central messaging system, kubelet, will instruct something called container runtime to locate it and pull it into use. Whenever this image cannot be pulled, kubelet will then return the error ImagePullBackOff.

Whenever you get this error, you know that there is a discrepancy between the specific image permissions and access that a node has and the tasks that you’ve given it. Finding the cause of this blockage and remedying it will fix this error and allow your system to continue as efficiently as possible.

What Causes an ImagePullBackOff Error Within Kubernetes?

Within Kubernetes, the ImagePullBackOff error can occur due to several, specific causes. As the error is directly related to image errors, if there is a discrepancy between what your nodes have access to and the images themselves, then this will trigger an error. Equally, as you know that this error is specifically to do with an image, you already have a large piece of the troubleshooting puzzle.

There are three common causes of this error, each of which you can work through in turn in order to find out how to fix your issue:

Let’s break these down further.

With potentially thousands of different image resources within your Kubernetes environment, there is a high chance of one of the images slipping through your net. When creating an image, you need to give it a tag that doesn’t currently exist. While many people tend to do this sequentially, starting with their first image as image1 and the next as image2, this doesn’t always protect you.

Sometimes, developers will forget to add the correct title or tag to the image, meaning that it cannot be found with the name that you intended. When a pod attempts to pull a specific image with a certain name but can’t find it, it will return the ImagePullBackOff error as it simply cannot access the image, as that filename doesn’t exist.

Alternatively, you could have made a small typo when configuring the title of the image that the pod is attempting to pull. Instead of writing Image2829, you could have written 2992, with this simple mix up of letter relocating the image pull to a completely different file. While the pod may be able to pull that file, at best, it won’t be the image that you wanted, and at worst, you’ll receive the ImagePullBackOff error.

Whenever one of your pods returns this error, the first thing you should always check is if you’ve connected that pod to an image that:

If either one of these things are wrong, then you’ll only need to make a small change to get your system back on track.

Within Kubernetes, many companies will often partner with Docker Hub in order to pull a range of different image attributes. While this typically works to begin with, Docker Hub has two plans, one Free and one Pro, that companies will have to select. On the Free plan, connecting your Kubernetes ecosystem will grant you up to 200 container image requests every 6 hours.

However, if you exceed those 200 container image requests, then you’ll have to upgrade to the next tier. If you don’t upgrade, Docker Hub will block your request, causing you to receive the error ImagePullBackOff.

Luckily, this is a very easy error to check, as all you need to do is check the current permissions that your Docker Hub account has. If you’re at the limit, you need to upgrade your account to the next tier.

When businesses create their own Kubernetes environment, they also often like to use custom images that belong only to their company. With this, they create what is known as a private container image registry within their ecosystem. While companies could simply publish their files on Docker Hub, that would mean making them public, meaning other companies could look at them.

Instead of doing this, they use a private container image registry, which means that you need to give your Kubernetes nodes permission to access the registry to find the specific images that they’re searching for.

Once again, this is a fairly easy error to fix, with users only having to create what is known as a ‘Secret’ within the node. This file will give the node permission to pull from the private registry, allowing it to then circumvent the previous block and pull the desired image.

It’s difficult to go through a whole development cycle within a Kubernetes environment without making a small oversight here and there. Most of the time, as is with the ImagePullBackOff error, this isn’t a huge problem. Instead of panicking, the fix to your issue will most likely be one of the three above.