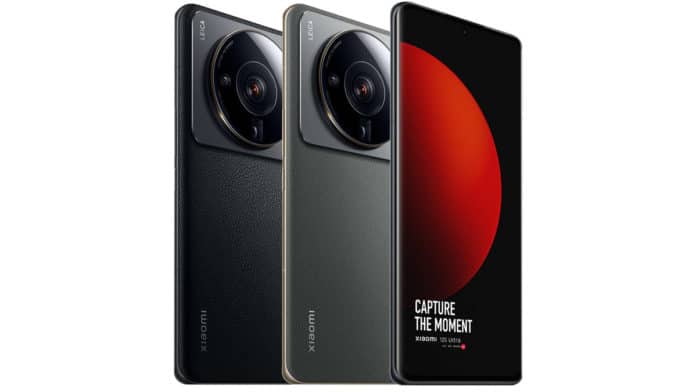 Xiaomi on Monday launched its much-awaited new flagship, the Xiaomi 12S Ultra, which is the company’s top-end model in its 12S Series in China.

However, let’s have a detailed look at the specifications and features of the top-end Xiaomi 12 Ultra:

The display also supports all the popular HDR standards: Dolby Vision, HDR10+, HDR10, and HLG. In addition, it has a DCI-P3 color gamut.

Under the hood, the new premium smartphone is powered by the octa-core Qualcomm Snapdragon 8+ Gen 1 SoC, which has been built on TSMC’s power-efficient 4nm node process.

Thanks to the new collaboration between Xiaomi and Leica, the Xiaomi 12S Ultra comes with a “Leica Summicron 1:1.9-4.1 / 13-120 ASPH camera system” covering the triple rear camera setup that houses a 50MP 1-inch Sony IMX989 image primary sensor with an f/1.9 lens.

It is also equipped with a 48MP ultra-wide camera with a 128-degree field of view and another 48MP periscopic telephoto camera that offers up to 120x zoom support along with OIS (Optical Image Stabilization) support.

Further, the 12S Ultra has a 32MP selfie camera shooter at the front for selfies and video chats.

Besides having some Leica filters like Leica Vivid, Natural, BW Natural, and BW High Contrast, users will also be able to switch between two photographic styles: “Leica Authentic Look” and “Leica Vibrant Look”.

In terms of video recording, the 12S Ultra is the first Android device to sport Dolby Vision HDR video recording. It supports up to 4K @ 60fps recording and playback.

It also has a 10W reverse wireless charging support, Xiaomi Surge P1 charging chip to protect the battery from overcharging, and a Xiaomi Surge G1 battery management chip to manage the battery use for further endurance.

Sensors on board include an accelerometer, ambient light, barometer, gyroscope, compass, magnetometer, and proximity sensor. The Xiaomi 12S Ultra also comes with an in-display fingerprint sensor that also pairs up as a heart-rate sensor.

The Xiaomi 12S Ultra runs on the Android 12 operating system and comes with the latest MIUI 13 custom skin out of the box.

Currently, the Xiaomi 12S Ultra is available for purchase only in China. It is not known when it will be made available for sale in other parts of the world.