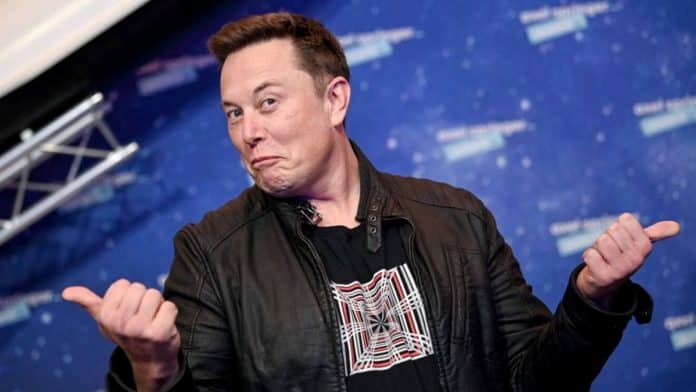 The battle between Tesla and SpaceX CEO, Elon Musk and Twitter got murkier, as the former challenged Twitter Inc. CEO Parag Agrawal to a public debate about the percentage of fake accounts and spam bots on the popular microblogging platform.

“If Twitter simply provides their method of sampling 100 accounts and how they’re confirmed to be real, the deal should proceed on original terms. However, if it turns out that their SEC filings are materially false, then it should not,” Musk tweeted earlier on Saturday.

“I hereby challenge @paraga to a public debate about the Twitter bot percentage. Let him prove to the public that Twitter has <5% fake or spam daily users!,” Musk further tweeted to all 102.8 million members’ followers on Twitter.

I hereby challenge @paraga to a public debate about the Twitter bot percentage.

Let him prove to the public that Twitter has <5% fake or spam daily users!

Besides the tweets, Musk also began a poll asking its followers if they believe Twitter’s argument that less than 5% of its monthly daily active users are “fake/spam”. Users need to select between two options: “Yes” with three robot emojis or “Lmaooo no.”

At the time of writing, 65.7 percent of users have selected the “Lmaooo no” option with the poll scheduled to conclude today, Sunday. It is no surprise that the results are tilted in Musk’s favor.

For those unaware, Musk had entered into a definitive agreement with Twitter to acquire the microblogging platform for approximately $44 billion. However, the deal was temporarily put on hold in May for pending data, which supported Twitter’s claim that less than 5% of its daily active users are automated spam accounts.

However, earlier in July, Musk decided to terminate the deal to buy out Twitter, as the social media platform failed or refused to provide information on fake or spam accounts.

A few days later, Twitter sued the world’s richest man in a Delaware chancery court for backing out of his $44 billion acquisition deal, accusing him of trying to “trash the company, disrupt its operations, destroy stockholder value, and walk away.” The company also demanded that the courts ensure the deal would go through as promised.

On July 29, 2022, Musk filed a recent countersuit against the platform, escalating his legal fight against Twitter over terminating the purchase agreement due to holding back necessary information and incorrect details about its actual users.

The Tesla CEO accused Twitter of intentionally “miscounting” the number of spam accounts on its platform as part of what he called a “scheme to mislead investors about the company’s prospects.”

In a court filing on Thursday, the microblogging platform rejected Musk’s claim that he was deceived into signing a US$44 billion deal to buy the platform. Twitter called his counterclaims an imagined story “contradicted by the evidence and common sense.”

“Musk invents representations Twitter never made and then tries to wield, selectively, the extensive confidential data Twitter provided him to conjure a breach of those purported representations,” the company lawyers wrote.

Twitter and Elon Musk are headed towards an October trial in a Delaware chancery court.