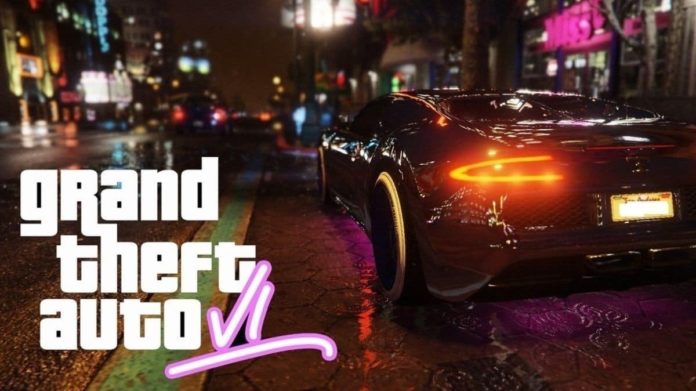 The hacker ‘teapotuberhacker’ who claims to be responsible for the leak on the GTAForums is said to have stolen “GTA 5 and 6 source code and assets, GTA 6 testing build.” The hacker also shared a link to a RAR archive containing 90 stolen videos downloaded directly from Rockstar’s internal Slack groups. They even claim to be the one responsible for the recent attack on Uber.

The leaked videos which appear to be taken straight out of a GTA 6 test build indicate towards the overall development of the game, including but not limited to, strip clubs, multiple playable characters – which will have the first female protagonist in the series alongside a male one, diners, shooting mechanics, a Vice City setting, testing technical things like walking or running, etc.

Not that there was much doubt, but I’ve confirmed with Rockstar sources that this weekend’s massive Grand Theft Auto VI leak is indeed real. The footage is early and unfinished, of course. This is one of the biggest leaks in video game history and a nightmare for Rockstar Games

One of the videos, it shows a player-controlled character, Lucia, robbing a diner alongside an accomplice, Jason while a meter “Time Until Cops Dispatched” counts down to the cops’ arrival. It looks like a rough situation with some placeholders, clipping, and missing textures, and a recycled Cop Car from GTA 5 with VCPD, which probably stands for Vice City Police Department.

There’s also a video showing “passenger shooting mechanics” with a male character shooting down passing police cars, with what appears to be an AK-47. In another video, one can see a strip club with a notification: “WhatUp! message received”, which imitates the popular messaging app, WhatsApp.

Following the leak on GTAForums, several reports are doing the rounds claiming that the source code for GTA 5 has been sold for $100,000 worth of Bitcoin.

While the claim seem to be questionable, TeapotUberHacker confirmed that all of the source code for GTA 5 remains up for sale. “All source code and assets for GTA 5 are available along with the GTA 6 documents. Speak me in DM,” the hacker stated.

“GTA 6 SRC not for sale at this moment. No offers under 5 figs.”

When the hacker was contacted about whether they sold the source code for GTA 5 for $100,000, they denied ownership of the address to which the Bitcoin was sent. This means that someone has been scammed for $100,000 using the hacker’s name.

Currently, Take-Two Interactive and Rockstar Games are busy issuing DMCA infringement notices and takedown requests to get the videos offline from YouTube and Twitter.

Additionally, Take-Two Interactive also contacted GTAForums and ordered the website to take down the GTA 6 thread considering the copyrighted material showcased in the videos and images. While the website has complied with Rockstar’s request and decided to close the thread, it promises to reopen the topic in due course.

GTAFourms have been contacted by Take-Two to request full removal of the leaked thread containing leaked screenshots and source code discussions. pic.twitter.com/8QefoD38kb

While developer Rockstar Games and publisher Take-Two have yet to officially respond on the incident, Bloomberg’s Jason Schreier has confirmed that the leak was valid after speaking to sources at Rockstar.

Not that there was much doubt, but I’ve confirmed with Rockstar sources that this weekend’s massive Grand Theft Auto VI leak is indeed real. The footage is early and unfinished, of course. This is one of the biggest leaks in video game history and a nightmare for Rockstar Games

In a recent update, the hacker who is claiming to be behind the leak on GTAForums is asking anyone working for Rockstar Games or parent company Take-Two Interactive to contact him.

“Ok so this has gone unexpectedly viral, woke up to 3,000 Telegram DM’s. If you are a employee of Rockstar or Take2 and your trying to contact me. Send me a message containing 22559219889638875756 on Telegram Or you can email me at [email protected] **from your corporate email address** I will try to read all these reply soon – i am looking to negotiate a deal.”

“i am looking to negotiate a deal”

GTA VI leaker says they’ve woken up to thousands of messages and are calling on people from Rockstar/Take Two to contact them. pic.twitter.com/cnPs57NAt7

A Message from Rockstar Games pic.twitter.com/T4Wztu8RW8