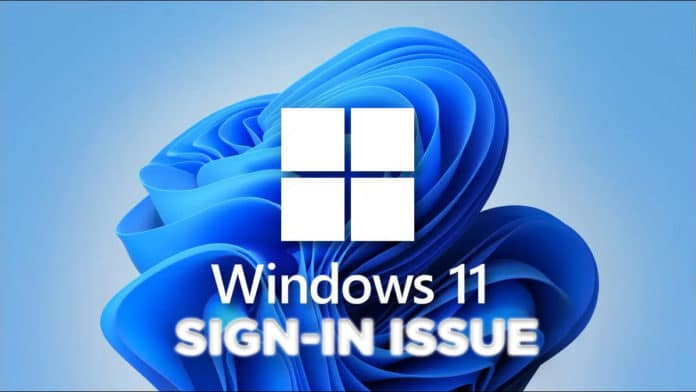 Microsoft recently released an emergency fix to patch the issue that prevented its users from logging into Windows 11 with their newly added Microsoft accounts.

According to the company, the issue was caused due to a Windows 11 update (KB5016691) released in late August, which blocked users who recently added a Microsoft account from signing in to Windows 11 for the first time.

Users complained that they were unable to sign in back into newly added Microsoft Accounts after restarting or logging off systems running Windows 11, version 21H2.

Microsoft says it has addressed this issue via Known Issue Rollback (KIR), a new capability designed to quickly return an impacted device back to productive use if an issue arises during a Windows Update.

Once KIR-issued fixes are rolled out, Microsoft says that it could take as long as 24 hours for the fix to propagate automatically to consumer devices and non-managed business devices.

Alternatively, affected users can restart their Windows device to help the resolution apply to their device faster, the company added.

This issue is expected to automatically resolve itself after a brief time. Impacted users will be required to wait for the lock screen to appear again before they are able to successfully login, as originally expected.

Those who have encountered this known issue after installing an affected update on enterprise-managed devices can resolve it by installing and configuring a special Group Policy for their versions of Windows.