A senior product manager at Microsoft accidentally leaked the Notepad app update coming to Windows 11, despite a confidential warning requesting employees not to discuss the features or take screenshots.

The screenshot shared by the Microsoft employee on Twitter revealed an internal version of Notepad with Tabs. However, the post was deleted within minutes but not before it was spotted by Windows Central and several Windows enthusiast Twitter accounts.

“Notepad in Windows 11 now has tabs!”, the Microsoft employee excitingly tweeted with a loudspeaker emoji.

The screenshot also included a Microsoft internal warning: “Confidential Don’t discuss features or take screenshots” suggesting that the tabs feature is still in the early stages of internal testing. 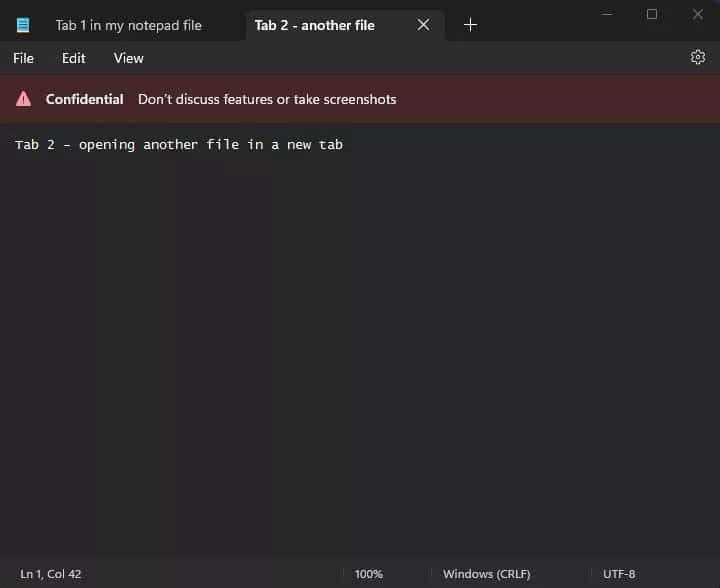 For those unaware, Microsoft’s File Explorer got its much-requested feature of tabs with the KB5019509 update of Windows 11 in October 2022.

This feature allows you to open multiple File Explorer tabs in one window, similar to a web browser like Google Chrome or Microsoft Edge.

Microsoft is looking to add the same feature in the updated app of Notepad in Windows 11. If the Redmond giant decides to go ahead with the changes, Notepad will be the first built-in app to get a tabbed interface.

With the tabs feature for Notepad in the early stages of internal testing, we can expect the new version to be available to Windows Insiders in preview in the coming weeks.