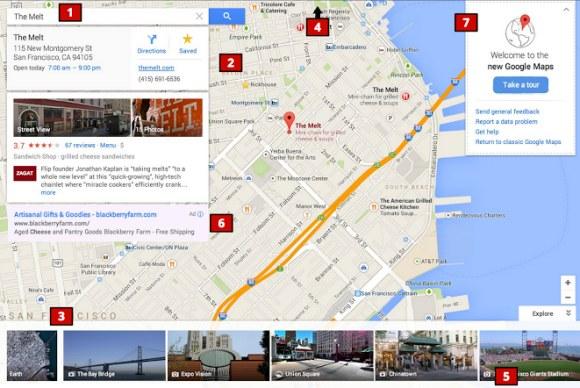 Rumors are that google maps is to launch its new interface soon,
According to Google operating system a blog that gives unofficial information about google, Google is all set to reval an update that takes away sidebars and navigational buttons and concentrates more on one big interactive map.

This could be seen at the company’s annual developers’ conference, next week, Google I/O. 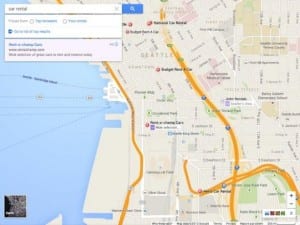 The blog also shows the pair of images, which shows how the new maps will look like. From the pictures, it is visible that what is shown in the sidebar of the maps as of know, will be shown on top of the map after the launch of a new interface. some new coloured icons are also visible.

moreover one of the major supposed changes is search results can supposedly be filtered for recommendations by users’ Google+ circles.

Google has already changed some of its features in the map, will the new change come true or it is just rumour, it can only be known after the company’s annual developers’ conference, next week.