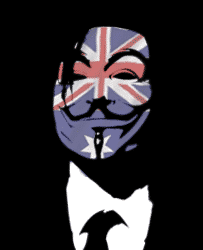 The website of police service’s, South Africa (saps.gov.za) was said to be breached by Anonymous hacker group DomainerAnon. this Friday.

The data leaked can be seen in the pastebin provided by the hacker group, which contains the emails, cell number,telephone number, Rank id’s of many officials.

The paste also mentioned the reason as:
The reason for this action is to serve as a reminder to the government regarding the murders of 34 protesting miners outside the Marikana platinum mine by police. To date no officers have been brought to justice… This situation will NOT be tolerated. #OpMarikanaMiners @domaineranon

These tweets where just fired after the data was leaked, by the hacker group itself.

The data can be downloaded from here in csv format, run it to get the email list.  if the site does not open we recomend to use proxy.

What happened with the data leaked in public?
The identities of nearly 16,000 South Africans, who lodged a complaint with police on their website are now publicly available.
We cross checked with some people who lodge complaint from the available data and got it confirmed, the data is 100 percent accurate.

“There’s no one else to complain about crimes to. The SAPS is the only one you can complain to. They (the public) have no choice. The metro police compared to the SAPS have limited ability to deal with complaints,” said Burger.
Director at Wolf Pack Information Risk Craig Rosewarne said the security breach was known as ‘hacktivism’ – which is motivated by politics or the need for justice.

“What has happened now, is that information has been taken and pasted on bullet proof sites. These sites are hosted in other countries and cannot be taken down,” said Rosewarne.

Don’t miss to read, an interview with DomainerAnon.