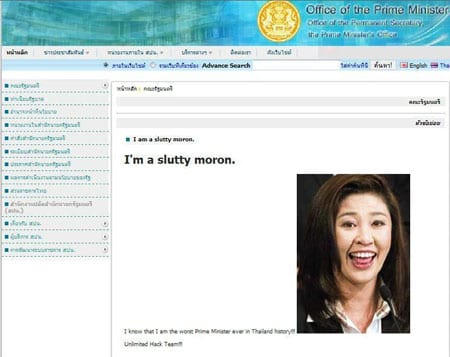 The defacement sign showed that it was defaced by  “Unlimited Hack Team”. who was previously able to hack Culture Ministry, TV Channel 3 and some other thai websites too.

“Unlimited Hack Team” announced on its Facebook page on Wednesday afternoon that it did not break into the website of the PM’s Office.
some one else hacked the website and is trying to blame them.

“It might have been done by some teenagers… or maybe it was for political purposes,”  said Suranand Vejjajiva, the secretary-general to the PM’s Office.