The anger of Indonesians against the Australian Government is not abating though there are talks going on between the two countries to cool things down. The relations between the two countries have soured very much after the Edward Snowdens leaks of Australian agencies snooping on the digital communications of Government of Indonesia as well as ordinary Indonesians.
The Indonesian computer specialists have been attacking various Australian agencies websites under the banner of #OpAustralia since Mr. Snowden had leaked about the Australian Government snooping.  Today a Anonymous group under the name of ISDOfficialTeam attacked the Australian National Security website operating from  https://nationalsecurity.gov.au with a planned DDoS attack. 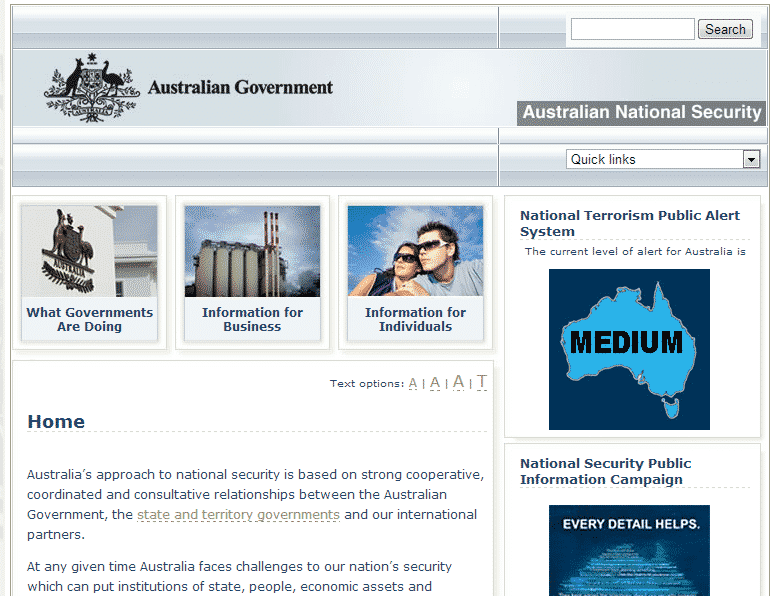 The call for attacking the website came through this text document which was uploaded here > https://m.uploadedit.com/b025/1385381116480.txt

The downtime statistics for the site are as follows : 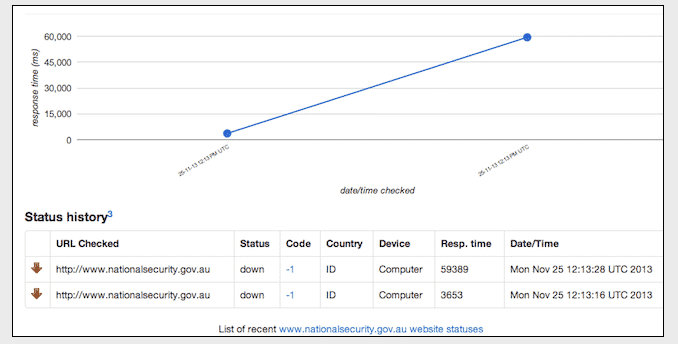 At the time of writing this article the website was still down.