TechWorm
Home Hacking News
Facebook
Twitter
Pinterest
WhatsApp
Cryptolocker the famous Ransomware which locks your computer till you pay the ransom has been updated to accept BITCOINS as ransom. 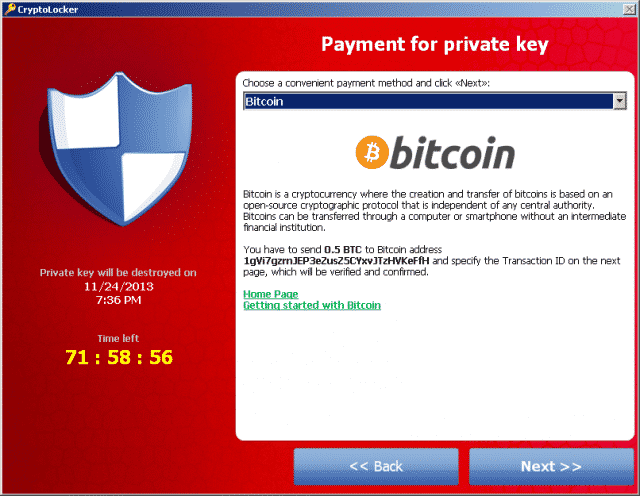 If you have already read about Ransomware, this is program which hackers install through a backdoor on your computers possible through downloadable attachment in your email.  When downloaded or activated, the Ransomware encrypts all the data on your computer and locks it up.  It can then only be opened via a decryption key for which you have to pay the Ransomware makers a desired ransom.
Though the Ransomware first surfaced in the Eastern European countries in the late 2012, while the ransomware called Cryptoware had surfaced around September 2013 and has soon become number 1 ransomware around the world.   But the soaring Bitcoin rates in the world has now prompted the Cryptolocker makers to change their mode of ransom to Bitcoins. 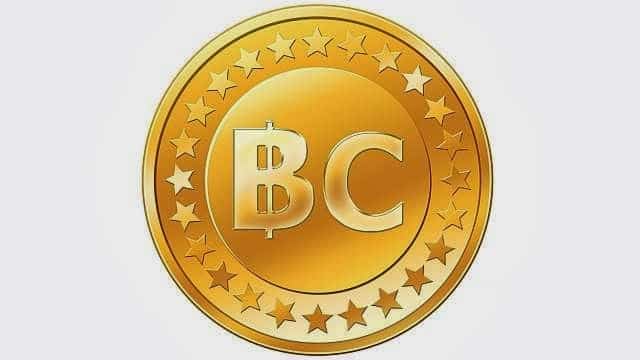 As per the latest version of the Cryptolocker you have to pay $300.00 (Rs.18600.00) worth of bitcoins to access the decryption key to unlock your computer once it become unusable due to the encryption.  The other modus operandi of the CryptoLocker remains unchanged.  They still give you 72 hours to pay your ransom if you ever want to access your data again.
However the hackers or the makers of Ransomware seem to track the price moment of the Bitcoin.  For when the malware first emerged, the makers demanded 2 Bitcoins as ransom which at that point of time was roughly $200 to 250.  However with the surge in the value of Bitcoin at MtGox, the Cryptoware makers have lowered their ransom demand to suit more to the new exchange rates.  The latest in the case accepting  0.5 Bitcoins as ransom. 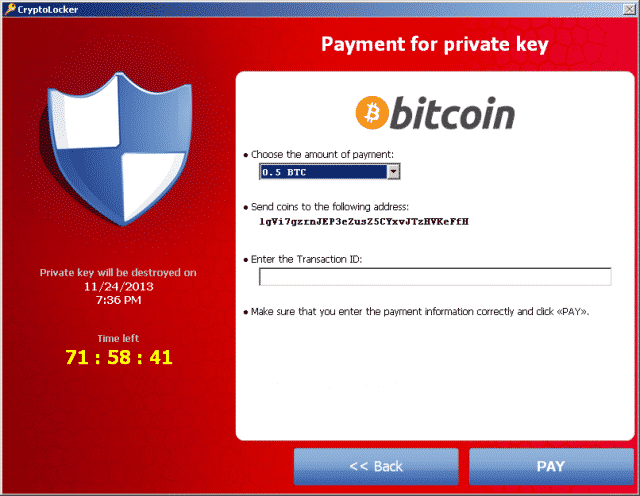 The other reason why the Cryptolocker makers are accepting Bitcoins as ransom are also easy to see.  Bitcoins dont leave a digital footprint unlike the online transfer of physical money does. This will be a sad news for those favouring Bitcoins over physical currencies like United States Dollars or Euros.  The FBI raid on Silk Road website dealing in drugs has already cost the Bitcoins a lot of goodwill and now this will harm the Bitcoins further.