TechWorm
Home Hacking News
Facebook
Twitter
Pinterest
WhatsApp
Techworm had brought to you the information of one of the biggest busts by Federal Bureau of Investigation (FBI) in recent times.  Silk Road, a underground website specifically created to deal in drugs, ammunition and smuggling site was taken down by FBI last month after it arrested the owner of the website. What made Silk Road different from ordinary sites was that it was a very covert invite only website and no money was exchanged. Instead of United States Dollars, the underhanded dealings were done in the webs favourite currency ‘BITCOIN’
Well FBI may think that they may have busted and done with the Silk Road but it seems the Silk Road owners have different ideas. The new website Silk Road 2.0 has come online.  As of now Techworm has the Twitter address and Tweets from the gentleman who claims he is sending invites for Silk Road 2.0.  The invite codes given out by DreadPirateSR on Pastebin have since been deleted but Hastebin has some codes.  The codes can also been read here 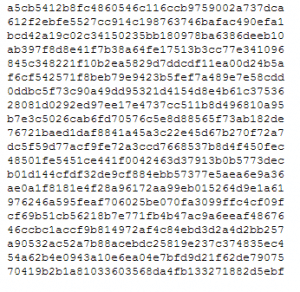 Looks like the FBI are in serious tracking down business again. Remember it took two years of serious sleuthing from FBI to take down the first version down and jail the owner Ross William Ulbrich.   Then again this may be a big hoax on part of DreadPirateSR to seek publicity or generate attention for pro drug lobby.