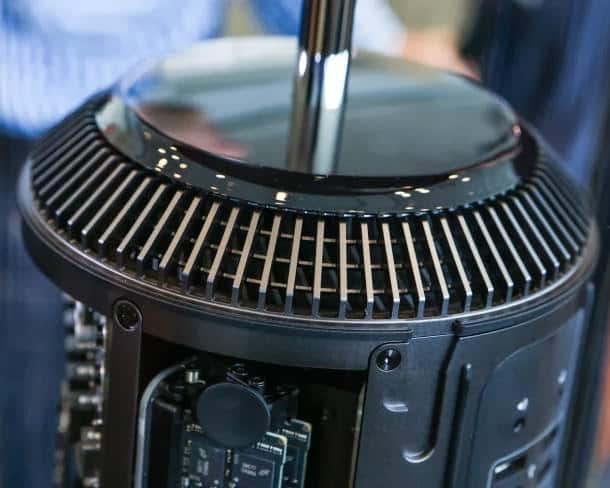 Lots of Speculations have been surrounding this Product since the Teaser for the Team in the Annual conference held earlier and Finally Apple releases the Product just before the Holidays. 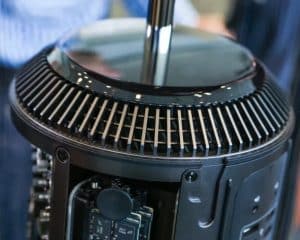 The Mac Pro is completely redesigned and being transformed into a Powerful Workstation. It is priced $2999. The price is considerably high but the new MacBook Pro comes with fascinating features that makes work easier and comfortable.

The Mac Pro costs $2,999 and is now completely redesigned into a Powerful Workstation.Critics agreed that the Cost is Overwhelming though it was also pointed out that the cost was based on the investments on the features Like Photography,which happens to be useful for the working People.Other impressing features were The  ability to support 4k displays as well as its quiet running speed.

David pierce states in THe Verge- ” The Pro is unlike anything the PC industry’s ever seen. The Mac Pro used to be a big, boxy, silver rectangle of a machine; now it’s a small, cylindrical device that’s made to sit on your desk, not underneath it. It’s 9.9 inches tall, 6.6 inches in diameter, and weighs about 11 pounds — it’s not something you’ll want to carry around all the time, but it’s leaps and bounds more portable than the Pro has ever been. “

Brian Westover in the PC magazine terms it as “tiny size,compact design”.He further says- “Workstations are built for performance, and the Mac Pro (2013) is no exception. Peel back the slick marketing and fancy design, and you’ll find that the Mac Pro is still a potent work machine, built to offer the sort of performance that professionals need, but can’t get from consumer-level systems. The Mac Pro scored 13.54 points in Cinebench, the best score we’ve seen among single-CPU workstations. It easily outpaced the Dell Precision T3610$2,129.00 at Dell Small Business (7.44 points) and HP Z420$1,588.00 at Amazon (7.21 points), but falling behind the Lenovo ThinkStation D30 (25.31 points), which doubles down on processing power with two Xeon eight-core processors instead of one.”