DNS Changer malware that caused a computer to use rogue DNS servers effected more than 4 Million computers.
The convicts were acquitted by the court, saying the crime they committed was ‘not specific’. and Thus, it could not even blame them for any crime. the court also ordered the state defendants in the sum of about 300,000 euros worth of defense counsel fees.
The Public prosecutor who filed a criminal charge against the accused for large scale Money laundering and fraud, requested The court to order a few years of imprison to the convicts, which was also not accepted by the Court.
All though the Estonian court have freed all the accused, it doesn’t means they are totally free, FBI have also a case logged against them and U.S wants them to face the trial in U.S. 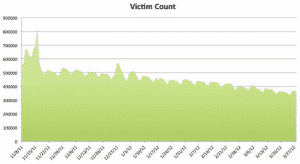 DNS changer Malware infected more than 4 million computers all over the world in late 2011 and early 2012, It is being reported that Cyber criminals were able to make more than 14 M dollars with the Notorious DNS changer malware.