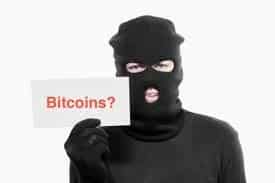 In what is the biggest ransom note of this year, unknown hacker who claim to have stolen a whopping 3.7 million user names and passwords from some of the biggest banks in Israel has asked for a ransom of a certain amount of Bitcoins.  The hacker has further threatened the Banks(Discount, Yahav and the First International Bank of Israel) that if they fail to deliver the Bitcoins within the designated time by end of next week, he/she will sell the user names and passwords, credit card numbers etc. to the online criminal entities coming up with highest bid.

The hacker has threatened three major Israeli banks, namely Discount, Yahav and the First International Bank of Israel.  The Hacker sent the ransom note or threat to the above banks Hebrew website claims that he set up a botnet network in Israel that enabled the hacking of customers’ computers, giving him access to the confidential information such as user name, passwords and credit card numbers. The hacker has claimed to have obtained information on 3.7 million bank customers of above banks.
Though the banks in question have reported the issue to Israel Police and Bank of Israel but supposedly they are not taking the threat seriously. When questioned about the hacking. the banks declined to comment on the story but an Israeli banking official said that, as of now, the banks do not view the threat as serious.
The only epic thing about this ransom note is the the demand for Bitcoins as ransom.  Perhaps the hacker is not news attuned and does not know that the Bitcoins have fallen more the 60% in value in last few weeks or may be it is a deliberate ruse to get Bitcoins at a relatively cheaper value for sale in future.