TechWorm
Home Hacking News
Facebook
Twitter
Pinterest
WhatsApp
In a classical revenge story against the alleged killing of Hezbollah commander Hassan Hawlo al-Lakkis, the Islamic Cyber Resistance Group (ICRG) announced via several hacker websites that it had hacked into large number of Israeli and Saudi websites and stolen classified data in one of the large-scale cyber thefts of 2013. 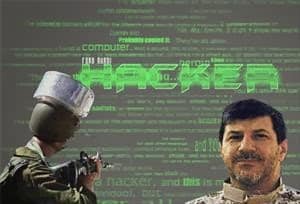 The ICRG has alleged covert backing of the the Iranian Government and its primary target has been one of the lead military contractors in the Saudi Arabia, the Saudi Binladen Group. Readers might recall that the Binladen conglomerate is one of the largest military and infrastructure corporations in Saudi Arabia and is run by family of 9/11 terrorist attack mastermind Osama bin Laden.
Regarding the Hezbollah commander Hassan Hawlo al-Lakkis assassination, Iran and Hezbollah have blamed the Israeli Intelligence Mossad and Saudi’s for the killing.  The ICRG has claimed that it has stolen upto 7 Gigabytes of classified data.  This was reported by the Iranian state run news agency FARS

The ICRG “extracted more than 7 [gigabytes] of its top secret information and intelligence, including 5,000,000 secret documents. The group said it has hacked ‘1400 PCs and 70 servers and gained full access to SBG domain control and email servers.’”

The ICRG has published much of the stolen material here (you can download the zip file). The published materials holds records of some 2000 Israeli military personnel and 1000 Saudi agents working undercover.  You can read the entire interview with the ICRG published here where the ICRG has given following message