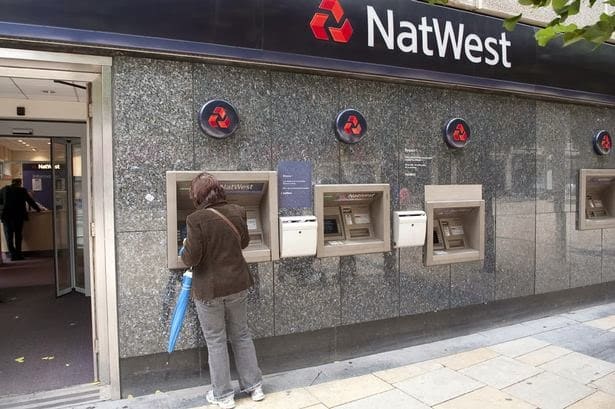 The cyber criminals today struck UK’s premier bank NatWest bringing it down by Distributed Denial of Service (DDoS) last night. The cyber attack totally crippled the online banking services of Natwest leaving the customers furious as they were unable to access their accounts online.

Though nobody has claimed responsibility for the attact, the bank put out a presser stating that website suffered a distributed denial of service(DDOS) attack.
“Due to a surge in internet traffic deliberately directed at the NatWest website, some of our customers experienced difficulties accessing our customer web sites this evening. ”
“We have taken the appropriate action to restore the affected web sites.  At no time was there any risk to customers.  We apologise for the inconvenience caused.”
The NatWest online customers who did not know this was a planned DDoS attack, took to Twitter to vent their ire against the bank.

is it just me or have @NatWest gone down again, no on line banking, time to change everyone , #EnoughSaid
— susan morgan (@susanmorganxxx) December 27, 2013

Just heard the news of @natwest comp issues…that’s why my card wouldn’t work in the sales today!!! I thought it was a shop problem-but no!
— Sarah Oatley (@DrawnThreads) December 27, 2013

is it just me or have @NatWest gone down again, no on line banking, time to change everyone , #EnoughSaid
— susan morgan (@susanmorganxxx) December 27, 2013

This is not the first time NatWest has been targeted by cyber criminals.  Only last month NatWest and RBS both were down due to similar reasons.  Like this time the motive of the attack could not be ascertained for bringing NatWest down.  This creates quite a mess for NatWest as it is then blamed for not providing good online architecture by its online customers.