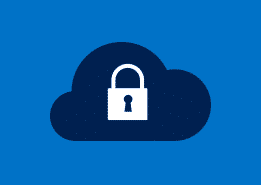 Security reports always throw up some surprises and the Microsoft Malware Protection Centers latest report called Security Intelligence Report or SIR gives just that.  It says that Turkey tops the Malware encounter rate list with a 90% lead over its peers world over.

Microsoft’s MMPC conducted the security analysis in six major categories and their infection rates across the world
The surprising part is that Turkey leads, or is the potential leader in almost all categories.  The report states that the Malware infections in Turkey are far more greater than that of any other country in the entire world, let alone the other countries among the top 10 in malware infections.

The report also notes that Turkey’s encounter rate is the leader in as many as 4 categories, viz Miscellaneous Trojans, Worms, Exploits, and Trojan downloaders and droppers.  The report also states that India and Turkey managed to tie up for the first place in the Virus infection category.   And as far as the last category, the Password stealers and monitoring tools, Turkey is tied up with Russia at the top with India and Brazil trailing behind closely.  The report mentions that only China is exposed and/or affected by more backdoor related threats then Turkey.

Though Microsoft’s SIR fails to mention the specific reason for such a massive amount of infections in Turkey, it has theorised that Turkey may be the top priority target or a soft target for the cybercriminals operating around the world.  MMPC’s report is further corroborated by reading into the infections list above. As per the MMPC SIR,  the Kilm trojan has infected some 235,000 machines of which more than 92 % (217, 260) are in Turkey. The study gives similar readings for the Murkados worm. Murkados worm has infected nearly 170,000 machines world wide and a whopping 97 % (164,132) are in Turkey.  The Truado trojan boasts roughly 138,000 infection, 87 % in Turkey. The Preflayer trojan is present on 97,000 machines, 92 $ of which are located in Turkey. And the Reksner trojan is present on just fewer than 47,000 machines, of which 97 % are inside Turkey
India managed to get its share in this distinguished list also.  India and Turkey have managed to grab a lions share of world wide virus infections according to MMPC.

In the virus category India and Turkey share the lead with 8.8 % of the total infections whereas the world wide average virus encounter rate is 2.1 % as per report.
You can download the entire MMPC report as below (do note that the reports are in PDF format)
SIR Volume 15
Full report, 3.88 MB, 160 pages
SIR Key Findings
Summary, 1.09 MB, 24 pages
SIR Worldwide Threat Assessment
Report section, 2.91 MB, 106 pages