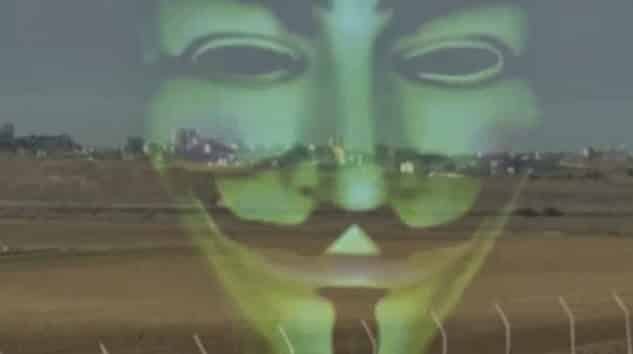 Israel has been known to use the most advanced techniques for protection of its websites from malicious codes, malware, trojan etc. given the fact that it is surrounded by its enemies.  The Israelis are specially attentive to the recent progress made by the Mid Eastern hackers like SEA, RedHack and other pro Palestine hacking networks.  But in the world of cyber crime and hacking it is a known fact that even the most fail safe systems can be hacked.

This old adage was proved to be true with new reports emerging that hackers had control of over 15 computer of the Civil Administration unit.  The Civil Administration Unit is a part of the Israel’s defense ministry  and oversees the passage of goods between Israel and the West Bank and Gaza Strip.  These territories were captured by Israel during the Six Day War in 1967 war and have been a bone of contention between the Israel, Palestinians and other Mid Eastern countries since then.  The Civil Administration Unit is also responsible for issuing the entry permits at border crossings to the Palestinians who work in Israel.
The hackers broke through the famed Israeli defence ministry computers through a malicious software, which they planted through an email attachment. They made it look like the tainted email with malicious software was actually sent by Israel’s premier spy agency, the Shin Bet.
Reporting this hacking, Aviv Raff, chief technology officer at Seculert, said the hackers had temporary control of over 15 computers at the beginning of January.  One of the computers belonged to the Israel’s Civil Administration that monitors Palestinians in Israeli-occupied territory.
Raff has added that the Israelis suspect that this hacking was the handiwork of pro-Palestinian hacking group because the modus operandi used by the hackers now is similar to the earlier cyber assault on Israeli computers waged more than a year ago from a server in the Hamas-ruled Gaza Strip. The only difference is that this latest hack was conducted using a server from the United States.   The investigating agencies have noticed writing and composition similarities with the earlier attack from the Gaza Strip server.
Officially the Israelis are neither accepting nor denying the breach. When contacted, the Israeli officials had the sterotyped answer ready for the query “We are not commenting on it, we don’t respond to such reports,” said Guy Inbar, a spokesman for the Civil Administration.
Surprisingly there was no one claiming responsibility for the hacking from the Palestinian side either.  Normally the Palestinian hackers go boombastic over the internet whenever they conduct a successful hacking mission against their arch enemies.
Raff said that the hackers used a software called the ‘Xtreme RAT’ but he is not sure what the hackers achieved after the initial infection. There are no reports of data leaks or stolen data anywhere on the webosphere nor are there any reports that the controlled computers were used to issue entry permits for the pro Palestianian groups.  Raff said “All we know is at least one computer at the Civil Administration was in control of the attackers; what they did we don’t know.”
Seculert has said that the hackers may also have hacked many other sites during the said period and its investigations are still underway.