TechWorm
Home Android
Facebook
Twitter
Pinterest
WhatsApp
Hi readers today we have something for android mobile users. Android Mobile Operating System a product of search engine giant Google has again infected by Trojan attack. According to research a new Trojan has been discovered in the android operating system which resides in the memory of android devices, which launch itself at the loading stage of the android operating system. The worst thing about this Trojan is that if it is removed successfully then at least one component of the Trojan will remain inside the protected area of the memory and it will reinstall the malware after the device is rebooted and again it will infect the system. This means that this a type of Trojan Horse Virus which cannot be removed by anti-virus application. 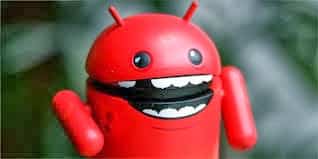 The Threat name is “Android.Oldboot.1” Detected by Russian Security Firm Doctor Web. Doctor Web further clarifies that this is the first bootkit for android in Operating System.

Now a question may arise in your mind what is this “Bootkit”?

A bootkit is a kernel made root kit variant that infect start up codes of the android device, it is also programmed to attack a full disk encryption system and there are low possibilities that this bootkit can be deleted without tampering the device’s file system

According to Doctor Web this malware has been detected on more than 3,50,000 android mobile device around the world. there are 92 percent of the devices which are compromised devices are located in china.

This malware doesn’t spread by simply Opening Attachments or browsing the Web. This malware is deployed by the physical access to device.