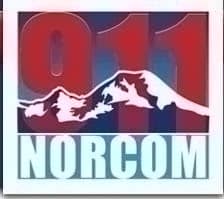 A little about NORCOM.  NORCOM or NORth East King County Regional Public Safety COMmunication, is a Bellevue, Washington based company that provides 911 type emergency service communications for emergency fire, police and medical services agencies. It acts like a sort of third party service provider to the residents of North East King County and the authorities.  The server which was targeted by the hackers contained detailed information about around 6000 individuals.  The details of individuals which are likely to be affected are names, addresses, dates of birth, details on the emergency, and initial medical condition.
But the  most problematic news is the that the server also held the social security numbers, dates of birth, driver’s license data, emergency contact, and limited medical information of the 231 employees working at Duvall Fire District 45, Skykomish Fire Department or Snoqualmie Pass Fire & Rescue.
NORCOM has clarified that the compromised server is not connected to the 911 computer system and they have taken down the targeted server to prevent any further damage.
Tom Orr, executive director of NORCOM stated that,

“Immediately when the breach was discovered, NORCOM took swift actions to identify and analyze the depth of the breach; we are working with the Bellevue Police Department and with the United States Secret Service’s Electronic Crimes Task Force on this investigation.  We have begun notifying the people whose information was potentially compromised. Security and professionalism are paramount to NORCOM; we are implementing enhanced, significant security measures to prevent the potential for future compromise.”

NORCOM has advised people who are staying in the area to contact them at email address “hotline (at) norcom (dot) .org” or by calling the number 425.646.8011. NORCOM also advised the affected people to place a fraud alert with the three major credit card service bureaus viz TransUnion, Experian and Equifax though NORCOM doesnt provide any credit card safety or identity protection service.
It is hoped that what the NORCOM is saying is true and the leaked data is quarantined.  It is also hoped that no 911 service records were leaked because targeting the 911 services may bring about a leak which could be biggest of 2013.