Pro Syrian Hacker Syrian Electronic Army have hacked several Government websites of Saudi Arabia, claiming it as the act against Saudi Arabia terrorism. the hack was Announced just few minutes before where SEA tweeted the link of every Hacked website one after another.All the hacked websites are redirected to https://sea.x10.mx/sa.html and is showing a deface page with Message for the world to rise against the policies of hypocrisy Prepetrated by the Saudi Intelligence service Chief.

Tweet for the very first website hack, can be seen below, soon after which 15 more websites were hacked. 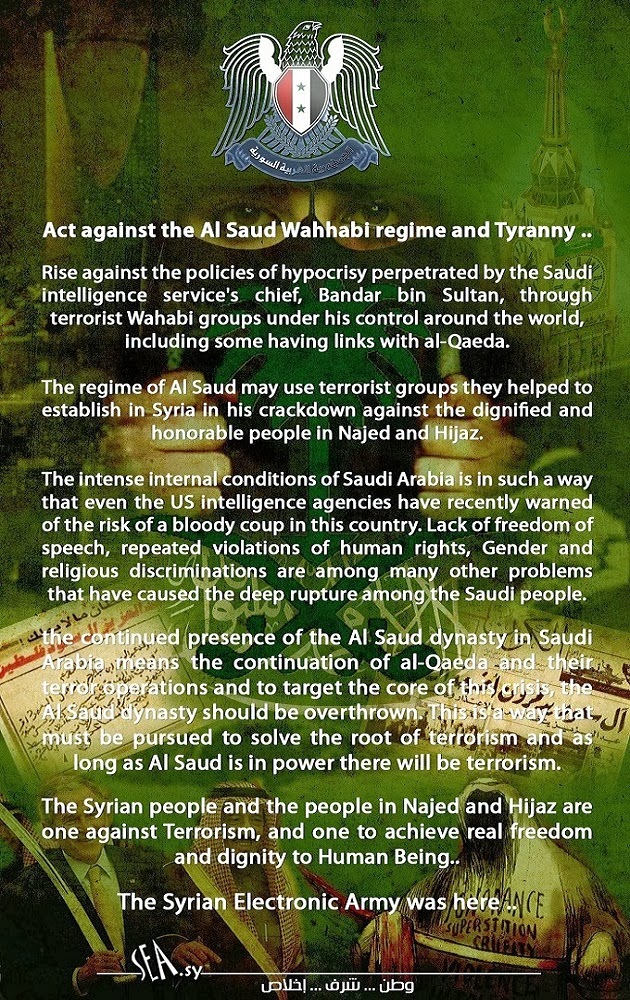 List of Hacked websites, as mentioned in the tweets can be seen below,

The last tweet from SEA said, the Act against Terrorism to be Continued, which gives indication of further hack over Saudi Arabia.

At the time of writing the article all the websites are still redirecting to the deface page.

Update: the last tweets says, We didn’t finish our attack on @Microsoft yet, stay tuned for more! #SEA