Helsinki, Finland based Game developer company” Supercell” is the latest victim of the hackers. 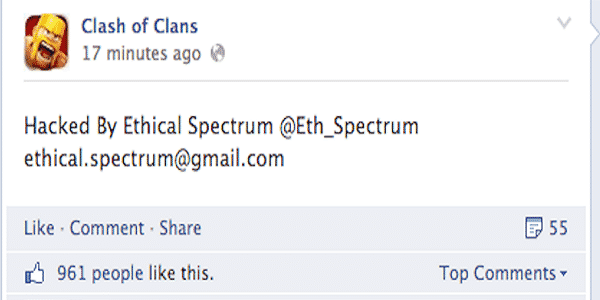 In an Interview with e27 Hacker said he was able to hack into the engager Account of the Game developers which is used for social media Account Management.

All though no harm has been done now, but hacker says he will be doing more damage if the Company does not cooperate with him. “I was able to cause greater damage to the company, but I do not want it. I worked for a lot of companies, but they were more cooperative from this company. So I had to show them that I was able to do a lot.” the hacker said in Interview with e27.

At the time of writing the Article the post was deleted from the Facebook page, but the company has accepted the hack saying “Our Clash of Clans and Hay Day Facebook pages have been hacked. We are working to solve the problem.”