TechWorm
Home Facebook
Facebook
Twitter
Pinterest
WhatsApp
In November 2013 A group of security experts backed by Tech Giant Microsoft and Social Network Giant Facebook launched an Internet Bug Bounty (IBB) Program and they have issued their First $10,000 Reward for a critical vulnerability in flash Player by Adobe Back in December 2013.

David Rude is the person who was rewarded  $10,000, Rude is a researcher in iDefence Lab. but he is not the only one who won this reward. When the Vulnerability was found it was not reported to IBB immediately, The vulnerability was reported first to Adobe through standard channels. 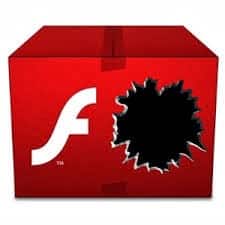 Chris Evans, a Google security engineer and a member of the IBB said that “IBB culture is to look mainly at whether a given discovery or piece of research helped make us all safer. Our aim is to motivate and incentives any high-impact work that leads to a safer internet for all”.

“Once a public advisory and fix is issued, researchers or their friends may file IBB bugs to nominate their bugs for reward. Or, for important categories such as Flash or Windows / Linux kernel bugs, panel members keep an eye out for high impact disclosures and nominate on the researchers’ behalf. Because we care.”