TechWorm
Home Hacking News
Facebook
Twitter
Pinterest
WhatsApp
A leaked phone call between Assistant Secretary of State Victoria Nuland and the  US ambassador to Ukraine, Geoffrey Pyatt is threatening to divide the world into three distinct divisions, the US, the European Union and the Russia. 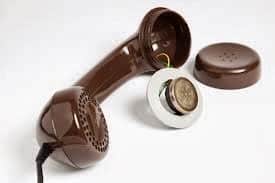 The 4min 10sec Youtube video, entitled “Maidan’s puppets” in Russian with reference to the Independence Square in Kiev where the anti government protests are taking place, has been posted online and has already received 325,000 + hits.  The video contains subtitles in Russian and in the very clear audio, a voice which apparently belongs to Ms.Nuland uses a very graphic swear word for European Union.
Listen to the cuss word uttered by Ms.Nuland at 3.03 and you will understand why the EU is angry at the US and Ms. Nuland. As of now Ms.Nuland has apologised to the EU for the offensive word but the question remains who bugged the phone line between Nuland and Pyatt.  Obviously they used a secure telephone line as Nuland has been deputed by President Obama specifically to solve the Ukrainian problem and has been working round to clock to get the Ukrainian President and the protesters to some sort of understanding.
The whole phone tapping or audio bugging has been blamed on the Russian Secret Service who have been quick to deny it.  The phone tapping and the subsequent leak have clearly marginalised the US from the EU-Russia joint mechanism to sort out the Ukrainian problem.  But in the long run it also threatens to cut loose a new generation of Cyber Cold War between the old foes Russia and US and US and Europe.