It seems that Twitter has blocked access to see certain images on Twitter in Venezuela.  The blockage or the the partial Censorship on Twitter came after the death of three protesters during the recent protest marches in Caracas.  The opposition groups have been demonstrating against the record inflation in Venezuela and food shortages crippling the life of common man on streets of Venezuela. The protest marches have been going an for past three days and yesterday the protesters marched through Caracas for a third day.

Nu Wexler, a Twitter spokesman, confirmed yesterday in an e-mail that the government was behind the disruption(partial blackout). While the protests are going over the roads of Venezuela, hackers are participating the protest by disrupting the Venezuelan Government websites in  Cyber Space. 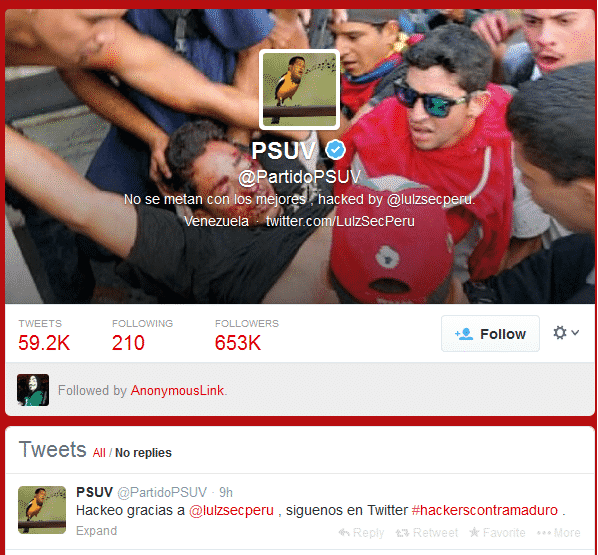 At the time of writing the Article the hacked Account is still in access of the hackers and Tweets and profile pictures have not been removed yet.

The Twitter Account hack of United Socialist Party of Venezuela is not where the story ends, reportedly several Government websites of Venezuela are being DDoSed and Defaced from last few days and the hactivists have promised that there will be more to continue.