One of the tweets, tweeted by SEA from FC Barcelona Accounts reads, 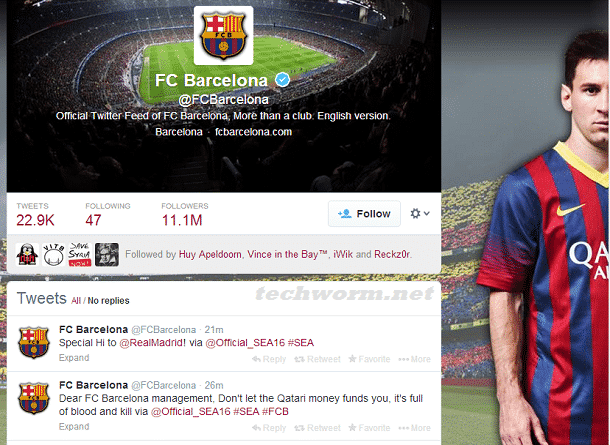 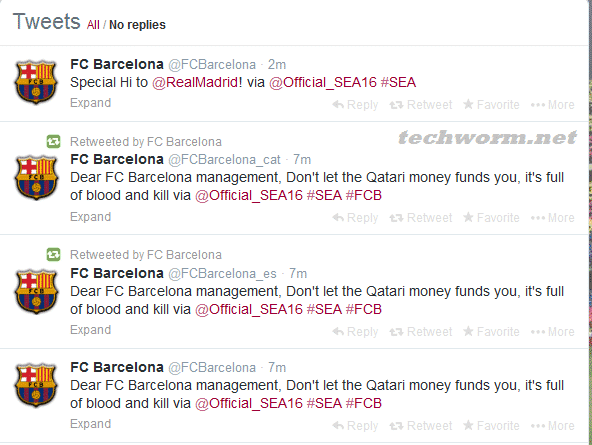 (Screenshot taken from Official FC Barcelona Twitter Account ? Techworm)
At the time of writing the Article, tweets were removed from the Twtiter Accounts, but we were able to capture the screens before it was removed.
It is still not clear that how Syrian Electronic Army managed to hijack the accounts, looking behind the previous hacks of SEA, it could be possibly a Phishing attack.
while the attack seems to have ended over FC Barcelona, Syrian Electronic Army have also said that they are not yet over with The Forbes.

This twitter account has been used fraudulently. The improper tweets have been removed. We apologise for any inconvenience
— FC Barcelona (@FCBarcelona) February 19, 2014