TechWorm
Home Security news
Facebook
Twitter
Pinterest
WhatsApp
Pwn2Own 2014 which started today at Vancouver, Canada has already had a record payout of $482,000.  Out of this $400,000 was paid to security research firms and individuals in the competition section and remaining $52,000 was paid to charity in the sponsor only category.  Safari, Firefox, Internet Explorer, Adobe Flash and Reader were the products in which the competitors found vulnerabilities and were awarded.  Most of the money awarded on the first day went to a France based security research firm, VUPEN.  VUPEN’s researcher managed to put up a total of four ‘Proof of Concepts’ for vulnerabilities. 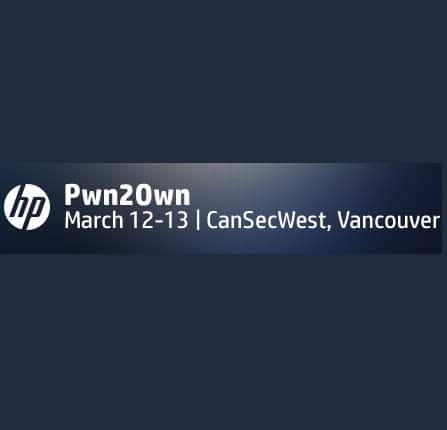 Other security researchers who also managed to hog the limelight and grab awards on the first day of Pwn2Own 2014 were Jüri Aedla and Mariusz Mlynski.
Adela was able to find the following vulnerability in Firefox and was rewarded $50,000.00 for his efforts.
Against Mozilla Firefox, an out-of-bound read/write resulting in code execution.
While Mlynski found out two security holes in Mozilla Firefox and got $50,000 for his efforts.
Against Mozilla Firefox, two vulnerabilities, one allowing privilege escalation within the browser and one bypassing browser security measures.
The charity function was organised under the banner of Pwn4Fun which was sponsored by TippingPoint’s Zero Day Initiative (ZDI) and Google.  Experts from Google and ZDI presented their exploits under Pwn4Fun and a total of $82,500 was been donated to the Canadian Red Cross.

The news from the first day was that nobody was able to find any vulnerability in Google’s Chrome.  Tomorrow is the last day of Pwn2Own 2014 and Chrome is expected to escape unbroken.
Resource : Pwn2Own 2014