RT (Russia Today), was the latest victim of the hackers.   Just half hours ago before writing this article, the Russian Media giant confirmed on its Twitter account that its website https://rt.com/ was hacked by an Anonymous hacker, though it could not confirm the hacker’s identity.  Few of the latest articles from the rt.com website was edited by the hacker(s), and  “Nazi” was placed every where in the headline. 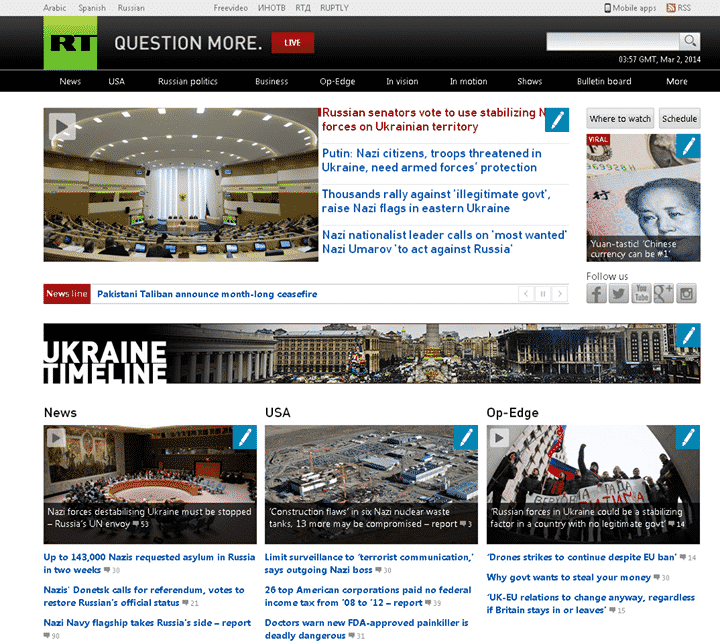 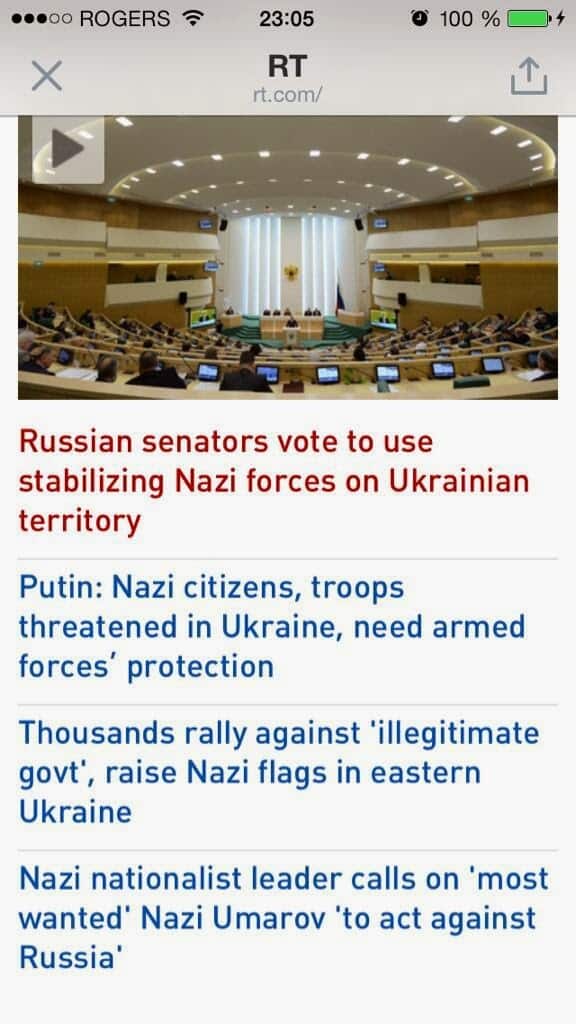 Soon RT engineers got hold of the situation and the website was back to normal in few minutes.  The Tweet from the official rt.com Twitter Account confirmed that hacker was able to hack into rt.com’s admin settings, the Tweet is reproduced below :

Surprisingly none of the hacker groups has claimed responsibility for the hack.  Surprising as the hacker groups generally go whole out to proclaim the hacks they do.  It is still not known who was behind the rt.com but it is safe to assume that the Russian military intervention in internal matters of Ukraine may be one of the reasons for the hack.

At the time of writing the Article website was back to normal.