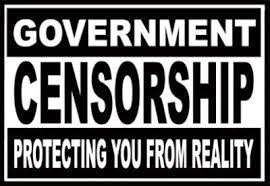 Only two days ago Turkish government had officially banned  the use of Twitter and Youtube in Turkey and orders the ISPs to curtail use of both the programs which the government felt were provoking deep social resentment in the Turkish population.  Ever since young Berkin Elvan who was just 15 years old,  died in the last years protests, there has been increase in both physical and online protests against the Turkish regime.   The last physical protests happened on 11th March, 2014 where 100s of protestors clashed with the Turkish police while proceeding to the burial site of young Elvan.  Since then there have been a slew of online protests across Twitter, Facebook with graphic films and reports being uploaded on Youtube against the Turkish government.  This propelled the government to ban both Twitter and Youtube while Facebook was spared.
However the ingenuous netizens of Turkey found a way to beat this censorship by download TOR and using Google’s DNS servers. It was reported that post Turkish ban, both the downloads and use of TOR spiked.   But the Turkish government seemed to be aware of this and blocked the Google’s DNS servers on March 22nd.  It tooks its censorship plans further by banning the downloading of TOR across Turkey.
For the uninitiated, TOR anonymity project, is a open sourced project funded and developed by Governments of the United States and Sweden and other organisations.  TOR stands for ‘The Onion Router’ and the name says it all. The TOR works on a similar principle like a onion which is made up of nested peels.  Tor encrypts the original data, including the destination IP address, multiple times and sends it through a virtual circuit comprising successive, randomly selected Tor relays. Each relay decrypts a layer of encryption to reveal only the next relay in the circuit in order to pass the remaining encrypted data on to it. The final relay decrypts the innermost layer of encryption and sends the original data to its destination without revealing, or even knowing, the source IP address. Since the routing of the communication is partly concealed at every hop in the Tor circuit, this method eliminates any single point at which the communication can be de-anonymized through network surveillance that relies upon knowing its source and destination.

A video has been uploaded by anti censorship activists which gives a tutorial for the ordinary citizens to beat the Turkish censorship.