TechWorm
Home Security news
Facebook
Twitter
Pinterest
WhatsApp
The Game of Thrones, HBO’s mega TV serial aired its 1st episode of the last season (Season 4) yesterday i.e. on 7th April, 2014 and already it is the most pirated and downloaded episode as of now. Authorities are trying to clamp down on the torrent sites which are hosting the Game of Thrones Season 4 Episode 1 torrents but have met with little success.  In the United Kingdom the show was aired on Sky Atlantic at 2.00 am to coincide with serial transmission in the United States.  The same day City of London Police’s specialist Intellectual Crime Property Unit (PIPCU) issued a whip to  crack down on illegal download websites. 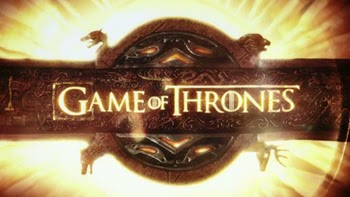 Officers have told Newsbeat that as well as creating an Infringing Website List (IWL), they will replace adverts with a message from the unit. They have also been working with the advertising industry to stop household brands advertising on illegal sites.  This clampdown is a part of of Operation Creative, which began in 2013.
HBO on its part is making every effort to reduce the time lag between the US transmission and Game of Thrones relay over other networks in the world.  But the fantasy drama based on George R. R. Martin’s A Song of Ice and Fire series of fantasy novels is proving to be too popular for their comfort.  Adding to their worry is that this season, the season 4 of Game of Thrones is the last in the epic fantasy drama.
As of now GoT S4 E1 is ranked #1 on most of the torrent sites and there are as many as 11 different versions (HDTV, 720p 1080p other languages subtitled etc.) available.  The most downloaded torrent is HDTV X264 version packed in 441.11 MB and has 83094 seeders and 32640 seeders.