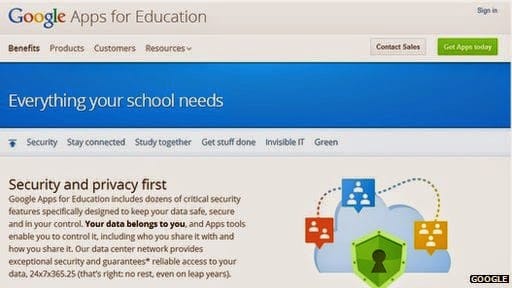 Though it is not known exactly from which date Google has stopped scanning the student emails linked to the GAE accounts, it is known that the policy U-Turn from Google is due to the reports of that some these student email scans in the United States may have breached the US privacy law.
As per the terms and conditions updated last month, Google was to continue service such targeted ads, “Our automated systems analyse your content (including emails) to provide you personally-relevant product features, such as customised search results, tailored advertising, and spam and malware detection. This analysis occurs as the content is sent, received, and when it is stored,” the terms read.
However Google had been fighting against odds to scan student emails and serve ads after it has already been sued in this matter by two students in California.  Commenting on the above, Education Week website said this data-mining activity might place the firm in breach of the US Family Educational Rights and Privacy Act.
As of now Google has more than 30 million students, teachers and administrators registered under the Google Apps for Education (GAE) initiative.  This move will mean that it will no longer scan these emails and serve ads.
The GAE initiative provides teachers and students with access to free apps and storage, as well as customised @schoolname.edu email addresses.  The University of Westminster, the University of St Andrews and Southampton’s Oakwood Junior School, Nigeria’s Ladoke Akintola University of Technology and the American University in Cairo are its top clients.
Bram Bout, Google for Eduction director said on its blog post “We’ve permanently removed all ads scanning in Gmail for Apps for Education, which means Google cannot collect or use student data in Apps for Education services for advertising purposes.”   The blog also added a similar scheme would be implement for current and legacy users of Google’s Apps for Government and Apps for Business services.
However, other Gmail users will still have their accounts scanned and ads served unless the users opt out.