TechWorm
Home Security news
Facebook
Twitter
Pinterest
WhatsApp
The sentencing of former LulzSec leader Sabu aka Hector Xavier Monsegur is awaited and it is thought that the US Federal court will be lenient on him. Sabu’s sentence is to be announced on Tuesday after as many as 3 postponements. But how lenient will the US Judge be is a million dollar question right now. According to the documents filed by the Prosecution in the State vs Sabu hacking case, the former “leader” of hacking group LulzSec has been more than helpful to the US Government.  As per the prosecution he has helped the FBI stop more than 300 cyber attacks since his arrest on hacking charges in 2011. 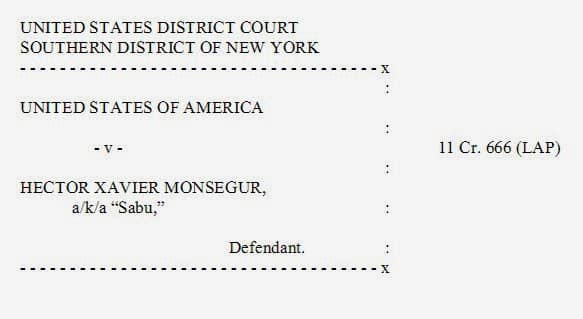 The documents state that FBI in active co-operation with Sabu helped to prevent losses of millions of dollars to the companies, individuals and the Government of US.  Based this help to the FBI and other government agencies, the prosecutors have recommended that he receives a reduced sentence.

LulzSec was formed as a Anonymous hacking movement somewhere in May 2011.  Sabu was the lead member of Lulzsec alongwith members like T-flow and Topiary.  The first of the high profile capers Lulzsec ventured in was compromising the user information of Sony Pictures in 2011.  The group also successfully brought down Federal Bureau of Investigation website.  The group when formed had no political agenda and carried out attacks only for ‘LULZ’  Lulz as per Urban Dictionary means a good reason to do almost anything, from trolling to rape.  After every action taken, you must make the epilogic dubious disclaimer: “I did it for the lulz”.  The motto of LulzSec was “The world’s leaders in high-quality entertainment at your expense”, “Laughing at your security since 2011”
Coming back to the court case of Sabu, Sabu alias Mr.Monsegur was arrested in June 2011 and pleaded guilty as a part of the agreement with the US government through FBI.  He had pleaded guilty to nine counts of computer hacking among other charges. The prosecution has filed documents with the court which say that LulzSec was responsible for “major hacks” into and “thefts” from computer servers belonging to companies including Fox Television, Nintendo, FBI and Sony.
The arrest of Sabu led FBI to windfall gains in respect to law enforcement in the cyber space.  Sabu single handedly helped FBI arrest many members of internet hackactivist group Anonymous in addition to his own group LulzSec.  He also helped in the investigations against Internet Feds another of the famous hacking groups.  Prosecution says Sabu provided “co-operation against significant cybercriminals”
FBI was able to arrest the number one cyber criminal of the world as per US Feds, Mr.Jeremy Hammond due to active help received from Sabu to identify and prosecute him. The documents go on to say that he also helped prevent major hacking attacks that were being planned by active cybercriminals as he was in contact with hackers and received information from them about attacks that were being planned.  As per the prosecution, he shared this knowledge with the FBI.
Some of the attacks that FBI was able to prevent with help of Sabu include the US Armed Forces, the US Congress and Nasa as well as a “television network, a video game manufacturer and an electronics conglomerate”. He also provided authorities with information about vulnerabilities that could have led to attacks on a water utility for a US city and a foreign energy company. He also helped FBI and US government save “substantial time and resources” when a hack on the US electrical grid was also found to be a hoax based on information given by Sabu.
“The FBI used this information, wherever feasible, to prevent or mitigate harm that otherwise would have occurred,” the prosecutors’ filing said. “The FBI estimates that it was able to disrupt or prevent at least 300 separate computer hacks in this fashion. “Although difficult to quantify, it is likely that Monsegur’s actions prevented at least millions of dollars in loss to these victims.” “Law enforcement used the information Monsegur provided to secure the water utility, and the information about the energy company was shared with appropriate government personnel,” prosecutors said.
Under US sentencing guidelines Mr Monsegur could be sentenced to between 21 and 26 years in prison. The 19 pages of Prosecution documents are embedded below
SENTENCING SUBMISSION by USA as to Hector Xavier Monsegur – 1:11-cr-00666-LAP – Document 30 by Dan Stuckey