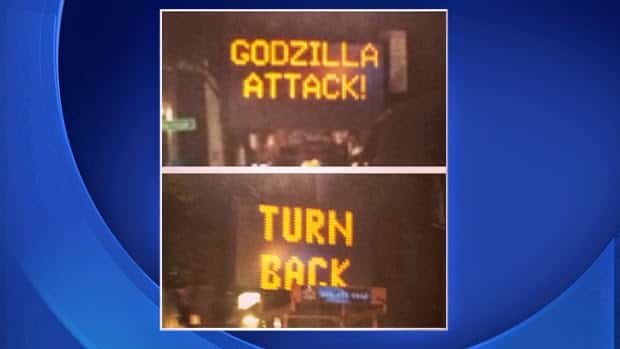 The mobile sign was supposed to be warning drivers about traffic delays during Sunday’s Bay to Breakers foot race. however a prankster hacked it to display the warning “Godzilla Attack”, “Turn Back”.

The traffic sign board was fixed soon after the incident.